Home » Health News » New Study: Your Commute May Be Killing You 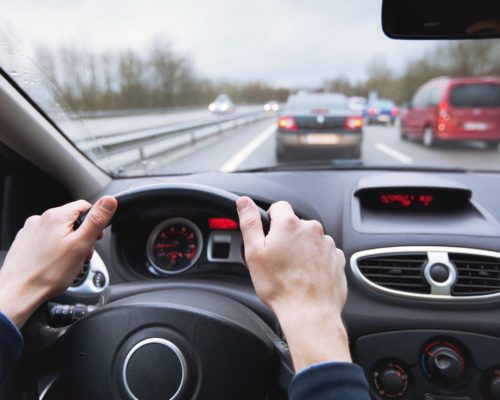 When thinking of a dangerous commute, what comes to mind? A crazy guy on the train, an out of control van coming up on the sidewalk, or a transit system malfunction? Although that stuff may play out in the movies or show up as an occasional news headline, new data is showing it’s something you might not expect: sitting in your car.

It’s not traffic accidents either, or anything like that. It’s sitting. A brand new study conducted by researchers at the University of Glasgow in Scotland found that commuting by car can be deadly.

Over five years, researchers found that obese commuters who drove to work had a 32 percent higher risk of all-cause mortality. They had twice the risk of dying from heart disease and experienced a 59 percent greater chance of developing non-fatal heart disease. Those rates are compared to people that walked or cycled to work.

Walking or cycling to work—called active communing—might have the potential to increase heart health and promote longer life.

Taking at least 10,000 steps per day has been associated with major benefits to heart health. Some of these include reduced risk for diabetes, metabolic syndrome, and heart disease.

Other studies have taken it even further, suggesting that walking 15,000 steps per day reduces even more heart disease risk factors than those who sit throughout the day. Taking 10,000-15,000 steps per day would equate to roughly 1.5-2 hours of walking at a moderate pace. Of course, you take several steps throughout the day, so it doesn’t have to be concentrated in one or two sessions.

Less time sitting is closely associated with improved heart health and may result in weight loss and improved blood pressure. If you have the opportunity to commute to work or other places you need to go on foot or bike, it could promote a healthier heart and substantially reduce the risk of death.

Moderate increases in activity go a long way in heart health. Reinforce your ticker by letting it do its job every day—taking you to where you need to go.