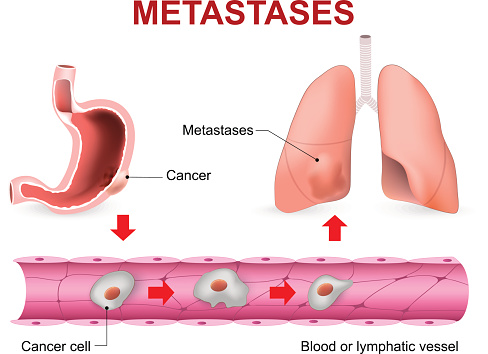 The word cancer is often considered a bad word and one that most people try to avoid. There are numerous different kinds of cancer that can develop almost anywhere in the body. Human cells typically grow through a process of growth and division as the body requires them, and when they grow old or become damaged, they die and are replaced by new ones. However, this is not the case with cancer cells, as with age, they become progressively abnormal and old or damaged cancer cells do not die. Instead, cancer cells divide without stopping and can form growths called tumors. This unimpeded cell growth can lead to the spread of cancer, also called metastasis, into nearby tissues and organs, leading to further complications. Thankfully, new research has discovered why some cancers reoccur after years of remission and the mechanism of how cancer metastasis occurs.

According to new research by scientists at The Scripps Research Institute (TSRI), it has been discovered that invasive tumors can begin sending out tumor cells earlier than previously thought by entering the blood stream before the originating tumor is even detected. This may be the beginning of secondary tumors found later in life. These tumor cells reach the blood stream by entering the blood vessels that supply the tumor itself, which contradicts the previously accepted belief that metastatic cells come from a tumor’s invasive borders.

“The actual process of cancer cell dissemination via hematogenous routes is a relatively under-studied process, but we finally have an answer as to where it takes place,” said TSRI assistant professor Elena Deryugina, who led the study in a long-term collaboration with TSRI staff scientist William Kiosses.

For this particular study, the researchers wanted to look more deeply into the conventional view of cancer cell spread. By using cancer cell lines developed from human fibrosarcoma and carcinoma tumors, they found that primary tumors can send out cells early on, even before they have spread to the surrounding tissue. This may possibly shed light on why some cancer patients develop secondary tumors much earlier in the course of their disease, and that the cancer cells seeding this spread were simply too small to be visualized on initial diagnosis. Much of this advancement into cancer research was achieved through the development of animal models that allowed microscopic analysis of tumor cell dissemination. Previously, it was quite difficult to examine dense primary tumors.

Not only did the researchers discover new routes for cancer cell dissemination, but they also discovered exactly where “escaping” tumor cells come from. The did this by tagging human tumor cells with a fluorescent protein to distinguish them from the cells of a tumor-bearing animal, and with the use of a high-resolution microscope, 3D mapped all blood vessels across the tumor.
By looking closely at tumor cells that were in close proximity to the center of the closest blood vessel, the cancer cell escape process could be visualized, dubbed intravasation. What the researchers discovered was that the vast majority of tumor cells entering the blood stream came from within the tumor core, and not the invasive tendril invading the tumor tissue. A surprising observation to say the least.

This new finding could become an important factor for the future of cancer treatment, according to the researchers, as it proves that a primary tumor does not have to be highly invasive to begin the seeding process that leads to metastasis. The researchers would like to further their study by investigating the functional roles of different cell types within the tumor and hope their work will help cancer patients in the near future.