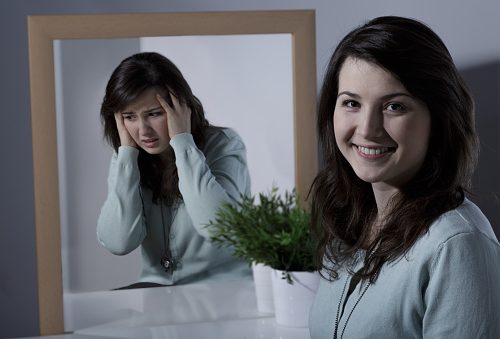 Experiencing extreme mood swings with emotional highs and lows is a feature of a psychological illness called bipolar disorder. Bipolar individuals have episodes of heightened euphoria and energy but are irritable. And then there are instances where they feel the exact opposite, feeling sad or hopeless, losing interest in previously enjoyed activities. While the exact causes of this condition are not known, it has been attributed to factors involving genetics and biological differences. New research involving the largest MRI study to date on patients with bipolar disorder has provided new insight into the underlying mechanisms of this illness.

Bipolar disorder affects nearly 60 million people worldwide and can be a burden on those affected and their families. Episodes of mood swings may occur rarely or multiple times a year, and it is considered a lifelong condition that is managed with medication and psychotherapy. The symptoms of bipolar disorder consist of mania, hypomania, and depressive symptoms. Mania is more severe in comparison to hypomania—having more problems at work, school, and social activities, including relationships. Having severe mania may also trigger psychosis and require hospitalization. The following are typical symptoms seen in bipolar disorder:

This recent investigation was in collaboration with 76 neuroimaging centers and included 26 different research groups around the world, taking thousands of MRI scans of the brain to help further bipolar disorder research.

“We created the first global map of bipolar disorder and how it affects the brain, resolving years of uncertainty on how people’s brains differ when they have this severe illness,” said Ole A. Andreassen, senior author of the study and a professor at the Norwegian Centre for Mental Disorders Research at the University of Oslo.
The study in question involved 6,503 individuals, of which 2,447 adults had been previously diagnosed with bipolar disorder, while the other 4,056 were classified has healthy controls. Criteria including the effect of medication, the age of illness onset, history of psychosis, mood state, age, and sex differences in cortical regions of the brain were all taken into account. The researchers found thinning gray matter compared to the control subjects, with the biggest deficit seen in the parts of the brain that control inhibition and motivation—the frontal and temporal regions of the brain. Lithium, a common treatment for bipolar disorder, was seen to have a protective effect on this gray matter. Also, those who had a history of psychosis showed greater deficits in gray matter.

“This new map of the bipolar brain gives us a roadmap of where to look for treatment effects. By bringing together psychiatrists worldwide, we now have a new source of power to discover treatments that improve patients’ lives,” said Thompson, an associate director of the USC Stevens Neuroimaging and Informatics Institute at the Keck School of Medicine.

Bipolar disorders can be prevented with brain wiring changes