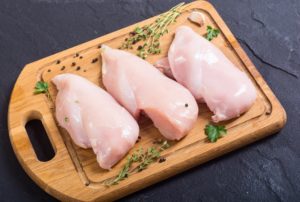 When it comes to taste, give me a slab of prime rib or a thick steak on the grill over a chicken breast any day of the week. But for health purposes, maybe I’ll stick with the chicken – or so traditional wisdom goes.

A new report published in the American Journal of Clinical Nutrition suggests it doesn’t matter if you eat white meat over dark. As far as heart health and cholesterol goes, it seems like “healthy” white meat and “unhealthy” dark meat are equal.

The long-held belief that white meat is the superior choice for health stems from a series of observational studies showing associations between red meat intake and cardiovascular disease risk. Red meat is generally believed to be higher in saturated fats, thereby boosting blood cholesterol and increasing the risk of heart disease.

Researchers decided to take a closer look using a specialized trial. They divided healthy men and women into two groups: those that regularly ate high levels of saturated fats and those that didn’t. Those groups were then split randomly into three more: one that was fed red meat, one that was fed white meat, and one that was fed plant-based proteins.

After the four-week intervention, blood cholesterol levels were the same in both meat groups, and as you might imagine, much lower in the plant-based protein group. Blood cholesterol levels—and particularly “bad” LDL—did not go up in either meat group, regardless of how much saturated fat they ate during the study. This is likely due to the fact that saturated fats in red and white meat are “neutral” in the body. Less dense LDL particles that float around the blood increased, but they do not accumulate on arterial walls and boost the risk of heart disease. According to current knowledge, they have no influence on health.

So, don’t feel like you have to reach for the chicken when you really want a steak—it likely won’t make a difference. But try eating more vegetables and leave the refined carbs alone!