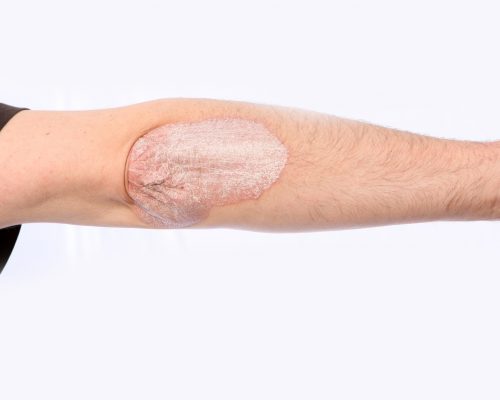 A new psoriasis drug has been found to work longer and to have “unprecedented” effects on the skin. The drug is called ixekizumab (Taltz) and has been approved by the FDA in March. The approval came after the first trial, which showed that after 12 weeks the new drug was much more successful in treating psoriasis than standard medications.

After 60 weeks, the benefits were still present, with 80 percent of participants demonstrating a 75 percent improvement in psoriasis.

Administered by injection, the drug targets an inflammatory protein known as IL-17. Dermatologist Dr. Joel Gelfand, not involved in the study, commented, “Targeting the IL-17 pathway has proven to be yet another revolution in our ability to treat psoriasis.”
Common treatments for psoriasis include light therapy and immunosuppressant drugs like biologics.

The new drug is also considered biologics, but its action appears to be more specific to psoriasis. The new drug targets IL-17 specifically whereas other biologics take time to reach IL-17, making treatment much slower.

The findings are based on the results from 4,000 patients who took part in three trials. In the first trial, ixekizumab was tested against a placebo. In the other two trials, the drug was tested against placebos and Enbrel, another medication for psoriasis, for 12 weeks.

Although the results showed promise, researchers don’t suggest switching treatments necessarily. If your current medication and treatment plan is working for you, then there is no need to switch.

Biologics in general are very expensive, so getting insurance coverage can be quite challenging.