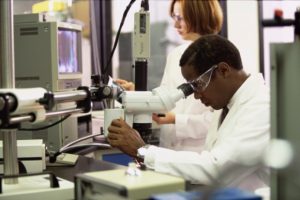 Known as ocrelizumab, the drug is considered a breakthrough.

The researchers found that ocrelizumab reduced disability by 24 percent in people with primary progressive MS, compared to a placebo.

Researcher Dr. Stephen Hauser explained, “It does represent new hope for people with progressive MS. The data are really quite dramatic. They show by MRI that new areas of inflammation in the brain were reduced by 95 percent, compared with the current treatment.

Dr. Aaron Miller from Mount Sinai’s Corinne Goldsmith Dickinson Center for Multiple Sclerosis added, “We have never had any adequate treatments for primary progressive MS. In that respect, this is a breakthrough. Obviously, one would like to see higher levels of greater reduction, but this is definitely a very significant finding for appropriate patients.”

The findings were published in New England Journal of Medicine.