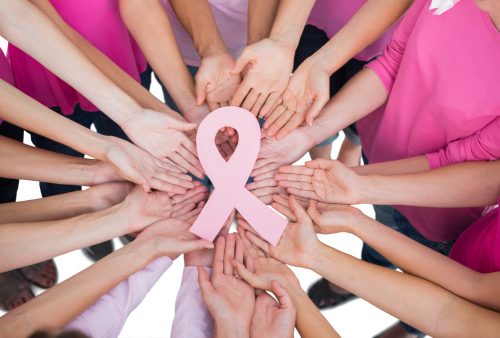 A new study published in The Lancet, is offering a boost to estrogen suppressing drugs. These hormonal drugs called aromatase inhibitors substantially reduce the risk of death caused by breast cancer compared to the commonly used drug, tamoxifen.

The study is relevant to postmenopausal women with ER-positive breast cancer, which accounts for over 80 percent of post-menopause breast cancer cases.

In nine clinical trials, which involved 31,920 women, the researchers used both tamoxifen and aromatase inhibitors at various times during the course of treatment.

The study was led by Mitch Dowsett at The Institute of Cancer Research, London and The Royal Marsden NHS Foundation Trust in collaboration with colleagues at the Clinical Trials Service Unit at The University of Oxford.

The results showed that in the group taking aromatase inhibitors for five years, the risk of postmenopausal women with ER-positive breast cancer dying of their disease was reduced by 40 percent in the 10 years of starting treatment, compared with no hormonal treatment.

In the group taking tamoxifen for five years the reduction was 30 percent compared to no hormone treatment.

“Our world-wide study has revealed that the risk of postmenopausal women with ER-positive breast cancer dying of their disease is reduced by 40 percent by taking five years of an aromatase inhibitor – a significantly greater protection than that offered by tamoxifen,” said Dowsett, who was the study lead author.

Though aromatase inhibitors remove only the tiny amounts of estrogen left in women after menopause, it is enough to have a substantial impact on a wide range of ER-positive tumors.

The authors of the study caution that aromatase inhibitor treatment is not free of side effects, and it’s important to ensure that women with significant side-effects are supported to try to continue to take treatment and fully benefit from it.

Ian Smith, Head of the Breast Unit at The Royal Marsden, said he was pleased with the outcome of this study, as his team was responsible for developing letrozole, one of the most effective aromatase inhibitors.

The study adds credence to a recent study which indicated that women with high levels of the estrogen receptor might benefit from long-term treatment with hormone therapy, which usually stops after five years.

The Institute of Cancer Research, London, is one of the world’s most highly acclaimed cancer research institutes.