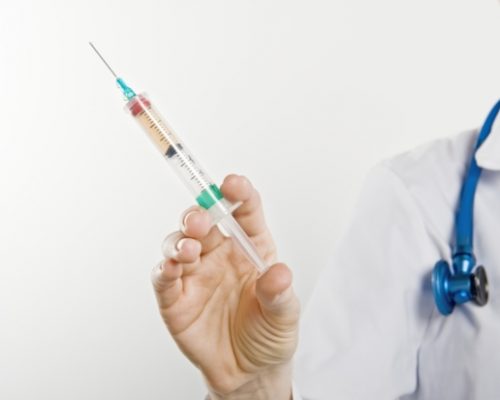 A drug known as ustekinumab (Stelara) has been found to show promise in treating Crohn’s disease in cases where other treatments have been unsuccessful. Stelara blocks inflammatory agents interleukin-12 and interleukin-23. It has been used to treat psoriasis – and most recently, approved to treat Crohn’s disease.

Coauthor of the study Dr. William Sandborn explained, “Stelara is effective for treatment leading to a clinical remission in patients with moderate to severe Crohn’s disease.”

Remission was described as relief of abdominal pain and diarrhea.

Dr. Sandborn said Stelara is well tolerated and the researchers, “did not see increased rates of serious infection or cancer, compared with patients who received placebo. These patients had limited treatment options previously, so this is a big advance. It is also very convenient for patients — the maintenance dosing is only once every eight weeks and patients can inject themselves.”
The researchers conducted the study on two groups of patients, one with over 700 patients and the other over 600. These patients had not responded to other forms of Crohn’s disease treatments – they either did not benefit from treatment, or suffered side effects. The patients received Stelara or a placebo.

Those who responded to Stelara were further divided to either receive regular injections of the drug or a placebo.

Stelara is covered by most insurance companies and the cost will vary.

The findings were published in New England Journal of Medicine.