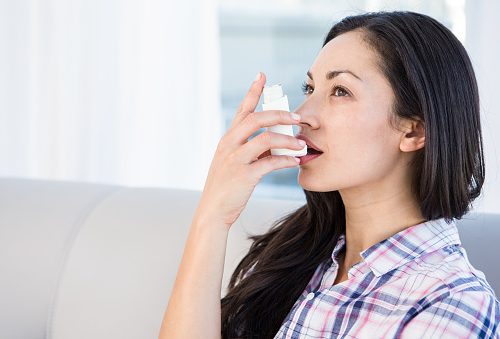 A sudden shortness of breath and an inability to breathe normally are issues that asthma sufferers have to deal with on a regular basis. Luckily, there are treatments available to help them control these symptoms, but the search for even better options is ongoing.

Asthma is a condition where the airways in your lungs narrow and swell, producing increased amounts of mucus. This phenomenon makes it difficult to breathe, often leading to coughing fits, wheezing, and shortness of breath.

The treatment of asthma can be complicated and difficult to manage effectively, with symptoms potentially arising out of know where. But new asthma treatment research aims to offer medication to more effectively help asthma sufferers.

There is no cure for asthma, with only symptom management being an option.

While some people may find asthma symptoms to be a minor annoyance, they can interfere with their daily lives and even lead to life-threatening attacks in others. It is estimated that 15 percent of asthma patients can’t control the disease.

It isn’t clear why some people develop asthma and others don’t. But we do know that various irritants or allergens trigger the condition. These triggers may vary from person to person and may include the following:

A new drug called tezepelumab is currently being developed to help treat severe asthma. Apparently, it could effectively reduce the risk of serious asthma attacks by about two-thirds compared to a placebo.

“A new era has begun in which many new drugs are being developed for patients with severe asthma. Similar to what has happened for rheumatoid arthritis, I expect that in a few years effective treatments will be available for almost all patients with severe asthma,” said Dr. Elisabeth Bel, a Professor of Respiratory Medicine at the University of Amsterdam in the Netherlands.

Early studies involved severe asthma patients between the ages of 18 and 75. These individuals were considered to have a more than casual asthma affliction, either due to being admitted to the hospital on occasion or by having their medication increased because of their symptoms.

The use of this new drug resulted in 61 to 71 percent fewer asthma attacks in those patients considered to have severe asthma complications.

“Tezepelumab also demonstrated improvements in lung function at all doses, in asthma control at the two higher doses, and in quality of life across all treatment groups relative to placebo,” said study co-author Dr. Rene van der Merwe.

However, two cases of serious side effects were observed during the study, but this isn’t unusual in this kind of study.

Corticosteroids, the current daily medication used by serious asthma sufferers, come with a whole slew of side effects. But the researchers claim that this new drug works a lot better.

How to avoid holiday allergies and asthma triggers this holiday season