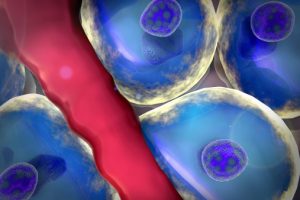 The liver is vital to our overall health. It breaks down damaged or old blood cells, helps break down fat to produce energy, produces proteins that aid in blood clotting and plays a major role in metabolism and detoxification. It is also completely unique because it is able to regenerate, unlike our other major organs. Up until now, the reason behind this unparalleled organ restoration has been a completely unknown. A recent study has discovered important insight into the mystery of the liver.

Backed by the National Institutes of Health, a team of researchers, studying mice, uncovered a type of cell that is fundamental in the course of regeneration. They then took it one step further and discovered that humans have comparable cells.

Healthy liver cells are able to divide and grow without causing cancer, which is one of the main risks of rapid cell division. The cell that was discovered by the researchers – hybrid hepatocytes – are able to generate new tissue more effectively than normal, healthy cells that become depreciated over time due to constant exposure to toxins.

The research team was led by Michael Karin, Ph.D., professor of pharmacology and pathology at the UC San Diego School of Medicine. The study was conducted at the nearby UC San Diego Superfund Research Center.

William Suk, Ph.D., director of the Superfund Research Program at the National Institute of Environmental Health Sciences (NIEHS) said, “This is the first time anyone has shown how liver cells safely regenerate.” Then he went on to explain that the entire program was created to study the liver and how it functions and metabolizes after prolonged toxin exposure.

Having studied the functioning capabilities in mice that had been exposed to carbon tetrachloride – a chemical widely used in cleaning solutions and fire extinguishers – for long periods of time, the group of scientists isolated the hybrid hepatocytes and watched how the regeneration occurred in the tissue. Afterwards, they exposed healthy mice to three common pathways that cause cancer and watched the new cells, the hybrid hepatocytes, to be sure cancer never started growing.

Liver cancer did not result from the new cells, so the team is considering the study a success and the start of many more opportunities for research.

The findings appeared in the August 13th issue of the journal Cell.