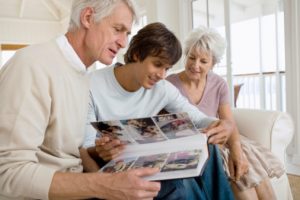 A very disturbing aspect of Alzheimer’s disease, one many caregivers and family members fear each day, is when patients fail to fully recognize those closest to them. But as the condition deteriorates, the chance of this happening increases.

A psychology doctoral student, Adrian W. Gilmore, along with two Ph.D. research scientists, Kathleen B. McDermott and Steven Nelson, have identified a hitherto unknown memory and learning network of the brain.

The way this network functions sheds new light on the memory process of people.

It breaks down inflowing information based on whether the information is something a person has experienced before, or something that is completely strange or alien. It helps the person recognize whether the face in front of them is familiar or that of a complete stranger.

The details of the study, including many neuroimaging studies that point to the recently identified brain network, are available in the September issue of Trends in Cognitive ciences.

The authors of the study call this new network Parietal Memory Network (PMN) and for good reason. The left hemisphere of the brain has a region called the parietal cortex. The distinct regions in the parietal cortex – precuneus, mid-cingulate cortex and angular gyrus show consistent activation and deactivation patterns in response to stimuli.

To full understand how the PMN works, the researchers analyzed results and data from earlier studies. They used evidence from dozens of fMRI brain experiments to see the changes in activities in the PMN during the completion of specific mental tasks and during brain resting states – when the brain is involved in no particular activity or mental challenge.

A previously discovered system known as the Default Mode Network (DMN) established another functional brain network that continues to remain active when the brain is resting. Like the Default Mode Network, important areas in the PMN were shown to hum in harmony while the brain is in relative periods of rest. While some of the areas of PMN and DMN are located very close in the brain, the PMN operates as a distinct network.

The PMN differs from other functional networks, as its activity patterns do not alter, whatever the type of mental challenge it is processing. This suggests the PMN plays a wide-reaching role in various learning and memory processes.

The non-specific activity pattern in the PMN makes it a really promising target for Alzheimer’s research, where a broad improvement of memory performance is preferred over focusing on specific tasks.