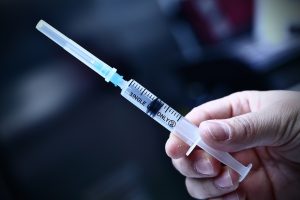 A new drug shows to be a safer alternative to morphine and less addictive. The study was conducted on rats where researchers compared variants of the neurochemical endomorphin to traditional morphine. Effectiveness and side effects were measured in each variant.

Chronic pain is commonly treated with opium-based medications which can be quite addicting, and abuse of these drugs have led to overdoses. Furthermore, they can lead to impairment in motor skills and cause complications in the respiratory system. Lastly, patients can build up a tolerance to drugs, which prompts them to take more than the recommended dose.

Lead investigator James Zadina said, “These side effects were absent or reduced with the new drug. It’s unprecedented for a peptide to deliver such powerful pain relief with so few side effects.”

The new drug produced longer pain relief without reducing the rats’ breathing. The same dosage of morphine led to severe respiratory depression. Additionally, the new drug did not significantly impair motor function, which can be a serious concern for seniors, whereas morphine did.
When the drug was tested whether or not it would be addictive, they found that rats would stay in the same compartment where they received morphine in hopes to receive more, but rats who were administered the new drug did not. In another test, where the rats had to push a button to receive more of the drug, the morphine group continued to push the button while the other group did not.

Clinical human trials are expected to begin within the next two years.