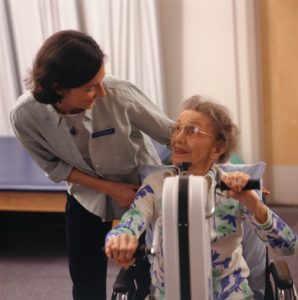 Tests to determine cardiorespiratory fitness and muscular strength in people with multiple sclerosis (MS) may be greatly underestimating their abilities. This prompts doctors to prescribe physical therapy, which ends up being a less effective treatment than it should be. The findings come from researchers at the University of Illinois.

The study examined 64 patients with MS. The researchers found that the patients had much greater aerobic capacity and muscle strength when calculated with recumbent steppers and computerized dynamometers when compared to conventional methods of arm ergometers and handheld dynamometers.

Computerized dynamometers measure torque and muscle force by pushing a lever with the person’s leg. Accuracy of handheld devices has previously been challenged as results can widely vary.

The study is one of the first to evaluate the effectiveness of computerized dynamometers in testing strength in individuals with mobility impairments caused by MS.

In many studies, individuals with severe disabilities are often excluded due to lack of proper equipment or transportation problems.

The researchers suggest that those with the worse disabilities could benefit from such training. Exercise therapy has been shown to help mange symptoms related to MS.

Furthermore, sedentary behavior is ranked as a high health risk for individuals with MS. Researcher Lara Pilutti, Ph.D., said, “We know there are some serious health consequences in terms of morbidity and mortality, so inactivity is a pretty significant issue. We need to develop some interventions for both people with MS and in the general population to get everyone to be more active. But that’s going to be a challenge for people who have more severe mobility disabilities.”

The findings were published in the Journal of Neurologic Physical Therapy.