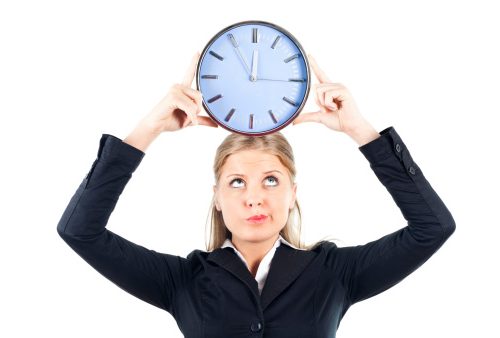 What do circadian clocks and molecular switches have to do with sleep disorders? A lot, according to a new study. Circadian rhythms (from your circadian clock) are what help your eyes open at about the same time every morning. These rhythms help everything, from plants to humans, coordinate with the day-night cycle.  That is all we knew about these rhythms previously. How this natural clock keeps accurate time, or why it goes awry in certain people was still not clear, until now. Recent findings suggest a molecular switch balances the activity of two key proteins that keep the natural clock on schedule. The details of the study are published in the October issue of Molecular Cell.

If there are any abnormalities in this molecular switch, it can cause a disorder that makes people go to bed much earlier and even wake up earlier than normal. This is a common occurrence in people with the familial advanced sleep phase disorder (FASP) where there are abnormalities in the daily rhythmic fluctuations in PER2 protein (a protein coding gene) levels.  The level of PER2 rises and falls in a circadian pattern to control the sleep-wake cycle and other rhythmic behaviors. The change in the levels of this protein are triggered by a biochemical reaction called phosphorylation, an enzymatic process in which kinases (enzymes) add a phosphate group to PER2.

In the recent study, researchers noticed that PER2 degraded in three stages: an initial rapid decay, followed by a plateau-like slow decay and finally a more rapid decay. Based on this finding, they developed a mathematical model of the circadian clock. This model predicted that the initial and final stages of rapid decay are caused by phosphorylation by CK1 (Casein kinase 1). On the other hand, the second stage of plateau-like decay is driven by phosphorylation, first by an unknown priming kinase and then by CK1. Experimental data confirmed the model’s prediction.

According to the study, we can control these natural rhythms by regulating the balance between CK1 and the unknown priming kinase. As drugs to inhibit CK1 already exist, the need of the hour is to find drugs that inhibit the second priming kinase. According to the senior author of the study, David Virshup, M.D. of Duke-NUS Graduate Medical School, their study also provides a mathematical model that predicts the behavior of the clock under different circumstances.

This newfound knowledge can open up new avenues to develop treatment strategies for a range of circadian clock-related conditions in humans. For example, we can get a good idea of when each drug will have an optimal effect to fight the effects of jet lag and shift work.

The team believes future research should focus on using their model to predict the clock’s response to drugs that modify rhythms. He also believes the identification of the priming kinase and the further development of CK1 inhibitors could open up new avenues to treating sleep disorders. The current treatment options include melatonin, light and behavioral therapy, which are not always effective. The team hopes that their study will ultimately lead to the development of novel drugs that give people with sleep disorders more effective alternatives to the current treatment options.