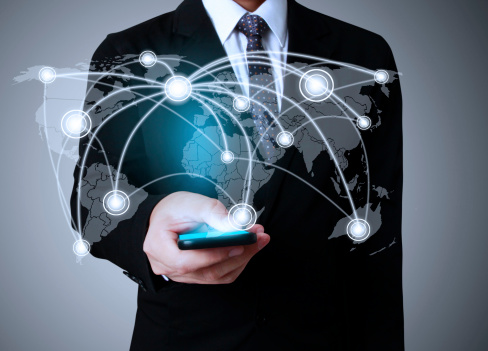 While there is an ongoing debate on the issue of tracking mobile phone data, there is no denying the fact that the data from cell phones could help us understand how infectious diseases are spread each year.

In a recent study conducted by Princeton University and Harvard University researchers, anonymous cell phone data from more than 15 million people was used to track the spread of rubella in Kenya. In this first-of-its-kind study, the team was able to predict seasonal disease patterns from the phone data.

Two factors spurred the researchers into the study. With the advent of increasing cell phone usage, there are immensely intricate datasets accessible on millions of people. And thanks to the movement and mobility of mobile phones, it is now conceivable that phone records could aid in the prediction of some health-related trends.

According to lead author C. Jessica Metcalf, who is also assistant professor of ecology and evolutionary biology and public affairs at Princeton’s Woodrow Wilson School of Public and International Affairs, “One of the unique opportunities of mobile phone data is the ability to understand how travel patterns change over time. And rubella is a well-known seasonal disease that has been hypothesized to be driven by human population dynamics, making it a good system for us to test.”

The researchers wanted to determine if the seasonal spread of rubella could be predicted with the help of mobile phone users who travel around the country. As part of the study, researchers analyzed cell phone usage and movement by using available records from more than 15 million mobile phone users around Kenya between June, 2008 and June, 2009.

In a painstaking exercise, the researchers used cell tower locations and the time that each phone communication too place, to ascertain a daily site for each phone user. Using the data, they were also able to trace the number of daily journeys each person took between the provinces. Over the course of the program, in excess of 12 billion calls and text messages were anonymously recorded and linked to a location in Kenya.

When the researchers compared the analysis with an exceedingly thorough dataset on rubella incidence in Kenya, they found that the mobile movement trends aligned with the rubella incidence data. In both of the phone and rubella incidence analyses, the disease spiked in September, February and, in a few places, May.

The researchers are confident that future cell phone data could be used to further understand seasonal movement trends in people, especially those that are pertinent for the study and understanding of the origins of childhood infectious diseases.

The results prove that cell phone data can be used effectively as a tool for understanding more about many infectious epidemics. The researchers hope to next use their data tracking technique to find out more about measles and other infections, like cholera and malaria, which are governed by human movement.