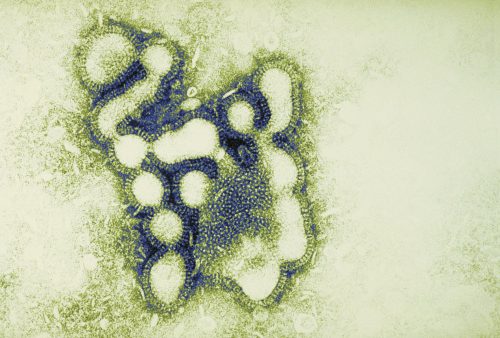 A team of scientists has recently discovered that minor variants of flu strains, which are normally ignored by vaccine makers, can be extremely virulent. This theory is far removed from previous studies which considered these minor strains to be relatively harmless.

It’s a known fact that the Influenza A virus is marked by a high level of genetic diversity. This knowledge largely stems from the dominant strain, which most vaccines aim to combat. But there is very little known about the diversity of the minor strains and how they pass between individuals.

So the scientists decided to find out how many viral particles are transmitted when afflicted with the flu and also determine which of the strains replicate when they transmit.

As part of their study, the scientists performed whole genome deep sequencing of samples taken from the upper nasal cavities of confirmed flu cases from the 2009 Hong Kong flu epidemic, and from their household contacts.
Using sophisticated sequencing methods, the team could not only identify variants in flu strains, but also quantify what was being transmitted between infected individuals.

According to Benjamin Greenbaum, a co-author of the study and an assistant professor at the Tisch Cancer Institute at the Icahn School of Medicine at Mount Sinai, the combination of unique data, mathematical methods, and sequencing approaches helped to create a clear picture of the transmission of diversity during the epidemic.

The team found that most samples carried the dominant virus–H1N1 or H3N2. But, in addition, all the samples carried minor strains too. What was surprising was how readily these variants were transmitted across the studied individuals.
The scientists concluded that in addition to getting transmitted in tandem with the major strains, some of the minor strains also replicate and dodge immunizations.
According to Dr. Elodie Ghedin, a professor in New York University’s Department of Biology and College of Global Public Health, most flu virus infections are a mix of strains that gets transmitted as a swarm, and not a homogeneous mix of viruses.

She believes that while the conventional vaccines target the dominant strains, because they infect the largest number of individuals, the minor strains have an ability to stonewall these vaccines and as such play an important role in the spread the virus.

The big take-out from the study was understanding how a blend of major and minor strains were being so increasingly transmitted across the population during the 2009 epidemic that the minor strains became dominant.