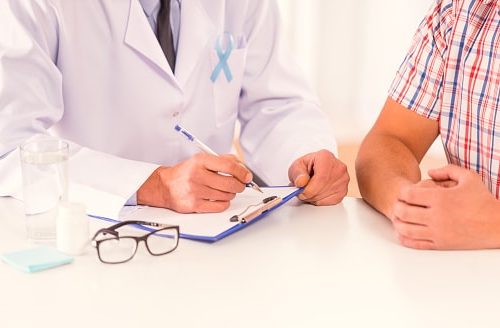 A lot of research has found an association between metabolic syndrome (MetS) and benign prostatic enlargement (BPE). MetS is a metabolic condition that results in several abnormalities, including obesity, hypertension, dyslipidemia, insulin resistance, and glucose intolerance.

BPE, sometimes referred to as BPH (benign prostate hyperplasia), is a very common condition affecting men in their middle ages or older, with the likelihood of development significantly increasing with age. The relationship between BPE and MetS is still a mystery in many ways, but in the last decade, research has suggested that MetS patients tend to develop BPE faster and are more likely to undergo surgery as treatment.

A new study has emerged that investigates the effects of MetS on prostate growth in male patients who undergo surgery to treat their BPE. The study involved 379 male patients, enrolled in two tertiary care centers.

All of the patients included in the study had undergone surgery to treat mild to severe BPE. “Patients with previous history of prostate surgery, chronic medication for prostatitis and/or urinary infection or bladder stone or known malignant disease including prostate cancer were excluded,” write the researchers.

Out of the 379 patients, 140 of the men were affected by MetS and MetS was directly linked to the level of prostate growth witnessed in the patients. The number of MetS parameters appeared to be directly correlated with the calculated prostate volume. In other words, the higher the number or severity of MetS parameters, there was increased growth in the prostate.

The researchers also found that the participants with MetS had a significantly increased overall prostate volume compared to those without MetS. The results also suggest that metabolic abnormalities play a direct role in the development of BPE.

The severity of the patients’ MetS was proportionally related to the volume of the patients’ prostates. The researchers believe this association suggests that metabolic functions play a role in prostate development from the early stages of childhood.

Several limitations were stated for this study. Firstly, the researchers examined only men in treatment centers for BPE surgery, meaning the results may not be reflective of the general population.

Secondly, they failed to adjust their data for certain parameters, including physical activity, to see if this skewed the results. Finally, the researchers did not have the full scope of data on all participants and had prostate volume statistics on only 187 out of the 379 patients.

This study contributes to the pool of research that has found a connection between BPE and MetS over the last 15 or so years. The results confirm the association between them and suggests that the severity of a patient’s MetS is directly correlated to the prostate volume related to the patient’s BPE.

Patients with MetS also demonstrated higher overall prostate volumes than those without, indicating that MetS not only predicts the development of BPE but contributes to how serious the condition becomes.