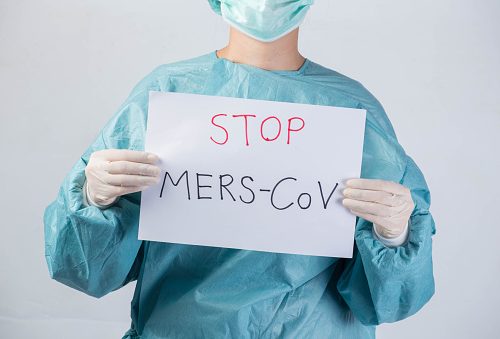 Just as pickpockets see opportunity when people throng, so does disease. The latest act in this truism is being played out in Saudi Arabia where Middle Eastern Respiratory Syndrome (MERS) has been stalking participants of the annual Hajj pilgrimage. The Hajj has not yet started and already 19 people have succumbed to MERS infections this week alone. In one of the largest hospitals in Riyadh, the country’s capital, 46 people including the staff contracted the disease. In an effort to curb the spread of the menace, authorities shut down the emergency ward in this hospital.

Middle East Respiratory Syndrome (MERS), also known as camel flu, is a viral respiratory infection that is caused by the MERS-coronavirus (MERS-CoV).  MERS-CoV is commonly derived from bats. While scientists have isolated antibodies to the MERS-CoV from camels, they have not been able to pin-down the exact source of infection in camels. While the general consensus is that camels are involved in the spread of the infection to humans, it is not clear whether it is through camel milk or some other source.  Transference between humans typically requires close contact with an infected person, so the authorities in Saudi Arabia are concerned over the unfortunate timing of the outbreak.  There will be a lot of close contact over the next month as the country prepares to welcome close to two million pilgrims for the Hajj.

Symptoms of MERS may range from mild to severe. They include fever, cough, diarrhea and breathing difficulty. The disease is typically more severe in children, older people and people whose immunity is compromised because of other health problems.  While MERS is less contagious than its cousin SARS (Severe Acute Respiratory Syndrome), it is definitely more deadly. About 40% of infected people usually succumb to the infection.

The MERS virus first reared its ugly head in June, 2012 in Saudi Arabia. Since then the Saudi Arabian Health Ministry has on record 1,171 reported cases, and most cases occurred in the Arabian Peninsula. Of these, 502 cases resulted in death after contracting the infection.

The MERS virus has spread to other parts of the world, too. In what turned out to be the first infected person in London, scientists found a strain of MERS-CoV that was a 100% match to the Egyptian-tomb bat. A large outbreak also occurred in the Republic of Korea earlier this year when a traveler who went to Saudi Arabia carried it back to his home country.

As of 2015 there is no specific vaccine against the MERS virus. But a lot of antiviral medicines are being tested against the virus. The WHO recommends that those who come in contact with camels wash their hands frequently and to completely refrain from touching sick camels. They also recommend that camel products be appropriately cooked.