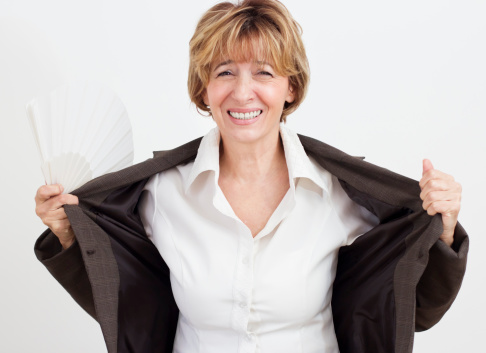 Hot flashes associated with menopause are not experienced the same way by all women, according to the latest findings. Nearly 80 percent of menopausal women get hot flashes or night sweats, but timing and duration of these symptoms vary depending on a number of factors. Namely, body weight, race, education, and dietary habits affect the symptom patterns.

Study author Rebecca Thurston said, “We used to think these symptoms lasted from three to five years, right around the time of the final menstrual period. We now know that these symptoms persist for far longer — typically seven to 10 years — and occur at different times for different women.”

The researchers followed nearly 1,500 women transitioning through menopause over the course of 15 years. Each year, the women were asked to report on their symptoms. Based on their responses, the researchers uncovered the following patterns:

Further analysis focused on race, education, weight, and health habits – the researchers found all these factors played a role in the patterns.
For example, Chinese women were less likely to experience symptoms through the transition period, while less educated women and those who consumed more alcohol were more likely to have symptoms and for a longer period.

Although the predictors weren’t much of a surprise, the researchers were struck by the variety of symptoms and patterns.

The findings were published in Menopause: The Journal of the North American Menopause Society.