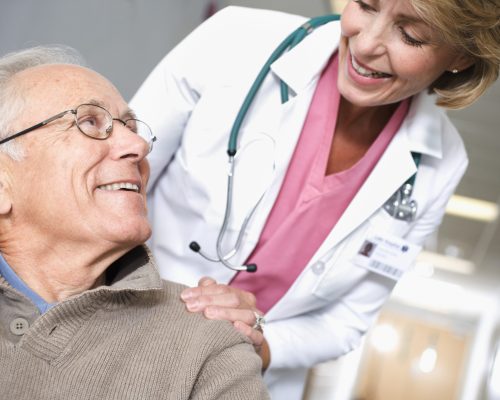 Many older adults do not report memory loss symptoms to their doctors. This could delay early treatment of impeding dementia or Alzheimer’s disease.

The new study looked at federal government data of over 10,000 people and uncovered that only one in four older adults relayed their memory problems to their doctor. Furthermore, the older the patients were, the less likely they were to report their failing memory troubles to the doctor.

Research lead Mary Adams said, “Routine checkups are a missed opportunity for assessing and discussing memory problems for the majority of older adults.”

Researchers believe that stigma may be a large factor as to why patients hold back memory troubles from their doctors.  Dr. Gisele Wolf-Klein, director of geriatric education at Northwell Health, added, “Because dementia is unfortunately an all too common illness, older adults are quite familiar with its heralding signs and symptoms, which they have painfully observed in a long-time neighbor or a family member.”

“This reality leads to denial and avoidance, both on the part of the patient and the physician. As long as we don’t mention it, maybe it’s just normal aging,” Dr. Wolf-Klein added.

Reporting memory problems is important because not only may it be a symptom of dementia, it can also be a sign of depression, which is a treatable condition.
Dr. Wolf-Klein said, “Patients can promptly meet with family members and elder law advisers, who can best help them in making individualized decisions for their care, rather than rely on last-minute decisions completed by family members at a time when patients now lack capacity.”

Dr. Bruce Polsky, chair of the department of medicine at Winthrop-University Hospital, added, “Even mild memory loss associated with early Alzheimer’s disease may be improved with some of the medicines now available, although these medications do not stop the progression of the disease. Lifestyle modifications, such as smoking cessation, may also be of value in some cases.”

“Although it is difficult for individuals to assess whether their own subtle memory loss is ‘normal’ or not, open discussion with their physician and, in some cases, testing may result in answers that could potentially lead to treatment and improved functioning,” Dr. Polsky concluded.