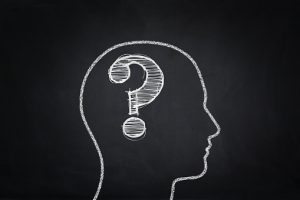 A part of the brain known for memory was found to be more active in seniors, which researchers believe may help prevent memory loss due to aging and Alzheimer’s disease. The hippocampus is the part of the brain responsible for memory formation and preservation. Previous research investigated cells in the hippocampus called CA1, but another cluster of cells, CA3, is often overlooked.

The researchers uncovered surprising patterns of activity from recordings of CA3 pyramidal cells in aging rats.

The assumption has been that CA3 cells are similar to CA1 cells, but when researchers compared the activity of CA3 from young rats with older ones they noted neurons were more active in the older rats.

Senior author, John Disterhoft, Ph.D., said, “We were actually quite surprised at the pattern of changes we saw in the recordings. Before this study, there had been some evidence that CA3 was more excitable during aging and cognitive impairment in humans, but we didn’t understand the mechanism. These findings are pointing us to more effective therapeutics.”

CA1 activity decreases with aging, which is the exact opposite of what occurs with CA3. This lack of activity is what is linked with memory decline.
Co-author M. Matthew Oh said, “What we can do now very well is identify the cellular properties of abnormal things that change with aging and discover how we can make it young-like again.”

The research team believes the findings are important because they reveal that not all parts of the brain react the same way to aging. They also suggest that future treatment of Alzheimer’s disease must take into account all these different effects.

Molly Wagster from the National Institute on Aging at the National Institutes of Health added, “These findings underscore the complexity of the mechanisms involved in the aging brain, and why many fronts must be explored in our search for effective treatments for Alzheimer’s disease and related dementias.”

Previous research on ways to improve dementia treatment tackled ways to boost activity in neurons. Disterhoft added, “If drug discovery efforts were solely based on results from CA1 neurons, as they were prior to our current findings, then increasing activity of CA1 neurons may be helpful in restoring the function of CA1 in aged subjects, but at the same time it may prove even more detrimental to the CA3 neurons that are already hyperactive.”

The findings were published in the Journal of Neuroscience.

Also read: Why your weight could be hurting your memory