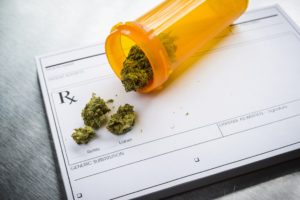 As medical marijuana becomes more popular, its effects on health become more widely studied to determine what exactly it can benefit and what it cannot.

Liver disease is a growing problem worldwide and is caused by high amounts of tissue scarring in the liver. This constant inflammation contributes to the death of cells; thus, the disease worsens as the liver cannot carry out its many different functions.

A follow-up study in 2011 found that CBD causes infected liver cells to essentially commit cell suicide in mice models. This suggested that CBD has potential therapeutic effects in liver disease. Furthermore, CBD was found to not affect healthy or non-malignant cells, meaning only the bad cells commit suicide, not the healthy ones.

A 2013 study found that cannabis did not increase or speed up liver disease progression.

There is constant ongoing research in the area of medical marijuana on the basis of what it is capable of treating. These are just some preliminary studies in the area of liver disease, which is essential because there aren’t many known treatments for liver disease. If it becomes too severe, a liver transplant is required.