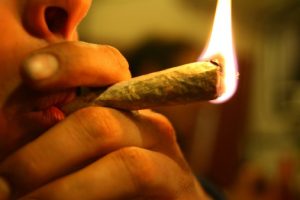 A recent study conducted by researchers at the University of Michigan reveals that teens using medical marijuana are 10 times more likely to say they are “hooked” on the drug than their peers who get it illegally.

All three marijuana users were taken into account: Students who have a medical marijuana card, students who used the marijuana from a person who has a card, and students who got their “fix” from nonmedical sources such as street dealers. For each group, researchers analyzed five risk behaviors connected to marijuana and other drug use.

The results showed that teens who used medical marijuana belonging to someone else were at the highest risk for engaging in all five risky behaviors, including using marijuana more frequently to get high.

What’s interesting to note is that, the largest group of users – students who got marijuana from nonmedical sources, such as street dealers – had the lowest likelihood of engaging in the risky behaviors.

The complete study along with the results are available online and will soon be published in the August edition of Journal of Adolescent Health. The study used data from the 2012 and 2013 Monitoring the Future study, an ongoing study conducted at U of M’s Institute for Social Research.