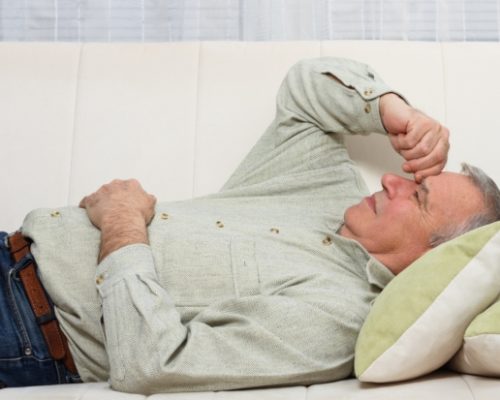 Managing fatigue and depression in heart failure patients lowers hospitalization rates and increases life expectancy. The researchers reviewed data from 9,869 patients with a diagnosis of heart failure during a three-year period. Detailed records covering all variables, such as test results, medications, other conditions, etc., were available for 582 patients, enabling further analysis of depression and fatigue.

The researchers compared the effects of fatigue and depression on hospitalization in four groups of patients: fatigue-only, depression-only, both depression and fatigue, and those without fatigue or depression.

Coauthor of the study Seongkum Heo explained, “Our research provides a good picture of the relationships of fatigue and depression to all-cause hospitalizations of heart failure patients. Fatigue needs to be addressed in patients with heart failure, and depression needs to be managed, especially in women. Doing so could help reduce hospitalizations, improve outcomes, and lower costs.”

The study also revealed that a diagnosis of fatigue was associated with a greater number of all-cause hospitalizations, a depression diagnosis was greatly associated with all-cause hospitalization, and patients with both fatigue and depression were older and had lower heart rates, lower diastolic blood pressure, and higher left ventricular ejection fraction, compared to all other groups.

In an alternative study, researchers found that fatigue is a common symptom after heart attack. The study reviewed questionnaires of just over 200 patients who experienced a heart attack. Over half of them indicated that fatigue was present around four months after a heart attack. Furthermore, one-fifth of patients reported feeling depressed, too. Author of the thesis nurse Pia Alsén explained, “Many people experienced the fatigue as new, and different. It was not related to physical effort or a lack of rest. It occurred unpredictably and could not be attributed to any definite cause.”

Medical advancements have significantly improved the survival rates after heart attack, but medical treatment alone isn’t sufficient to combat fatigue and depression. Lifestyle changes are also an integral part in recovering from a heart attack and can go a long way in preventing fatigue and depression. “The patients’ perception of their illness can be crucial in determining whether they benefit from this part of the treatment or not. A better understanding of the patients’ perceptions of their illness can enable us to adapt the information individually for each patient, and encourage more patients to enter the follow-up programmes,” added Alsén.

Alsén continued, “The perception that the condition was a chronic one depended on the extent to which the patients reflected over what had happened. Those who were unwilling to examine causes and correlations perceived the infarction as an isolated event.”

Patients’ confidence that they were in control of the situation decreased four months after experiencing a heart attack.

Along with medical care, patients need to adopt a healthier lifestyle as well as attend rehabilitation programs for longer periods in order to ward off fatigue and depression. This is crucial as both aftereffects can worsen cardiovascular outcomes.