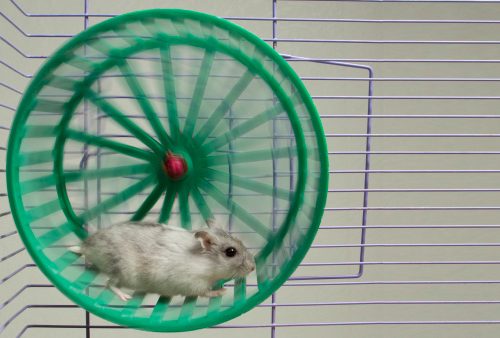 The findings suggest that there may be a recommended amount of exercise to lose body fat, but also raises concern about using HDAC inhibitors as doping drugs for endurance exercise. HDAC3 molecule controls the switch that alternates fat burning and glucose burning.

Senior author Dr. Zheng Sun explained, “How the muscle uses glucose is regulated by its internal circadian clock that anticipates the level of its activity during the day and at night. The circadian clock works by turning certain genes on and off as the 24-hour cycle progresses. HDAC3 is a key connection between the circadian clock and gene expression. Our previous work showed that HDAC3 helps the liver alternate between producing glucose and producing lipid. In this work, we studied how HDAC3 controls the use of different fuels in skeletal muscle.”

“When the knocked out mice ate, their blood sugar increased and insulin was released just fine, but their muscles refused to take in and use glucose. Lacking HDAC3 made the mice insulin resistant and more prone to develop diabetes,” Dr. Sun added.

Related: 6 things your muscles are trying to tell you
When the HDAC3-knocked out mice ran on a treadmill they showed impressive exercise endurance, despite the fact that diabetes is, as a rule, linked to poor muscle performance. Because sugar is the fuel, poor endurance is expected in cases of limited glucose metabolism.

Although the studies were conducted on mice, the researchers are hopeful that the findings will translate to humans, too. The findings open up the possibility of promoting fat burning by increasing exercise activity during periods where the muscles use fat – mainly during the night.

Dr. Sun concluded, “Losing body fat would be easier by exercising lightly and fasting at night. It’s not a bad idea to take a walk after dinner.”