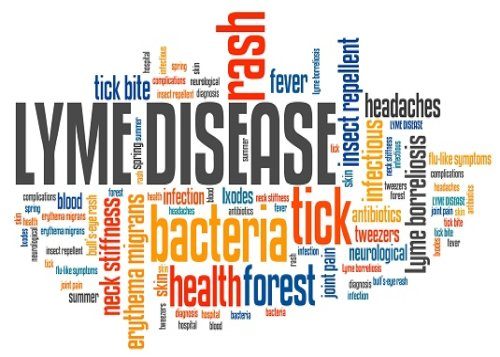 In a recent study published in the Journal of Immunology, researchers at the University of Utah discussed the link between inflammation caused by Lyme disease and the functioning of T-cells. T-cells (also called thymus lymphocytes) are a type of white blood cell that is an essential part of the immune system, as they destroy infection-causing bacteria.

Lyme disease is an infection caused by a bacterium called Borrelia burgdorferi, which enters the human body through tick bites. Arthritis is only one of its symptoms. To ascertain the link between Lyme arthritis and an overactive immune response, scientists at the University of Utah recognized T-cell receptors that interact with surface molecules of the bacteria. They then studied how T-cells produce molecules that collect around joints and cause inflammation.

Sarah Whiteside, a graduate student at the University of Utah, developed a mouse model with the anti-inflammatory molecule (IL-10) who showed symptoms similar to those of humans with sustained arthritic conditions. These mice were then infected with the Borrelia burgdorferi bacterium and observed for 18 weeks.

Researchers observed that the joint fluid of mice had more T-cells and inflammation markers just two weeks after the infection, although the concentration of Borrelia burgdorferi bacteria was too low to be detected in the joint tissue.

In addition, scientists found that T-cells that are “turned on” interact with the bacteria that are found alive in the body after the tick bite. This results in inflammation that cyclically aggravates and could lead to an autoimmune disorder. The autoimmune disorder is therefore induced by infection.

According to Weis, professor of pathology at the University of Utah, an entire range of T-cells can be activated “through bystander activation.” This means that receptor-cell stimulation is not required for their activation. Weis added that their activation need not be related to “their specificity for infecting pathogens.”

This research could be the key to treating people suffering from Lyme arthritis. Weis feels that if doctors are able to suppress activation of T-cells in the short run, they will be able to control the disease.

Lyme arthritis is a problem that affects many Americans, with as many as 300,000 people contracting Lyme disease annually. Scientists have been able to identify a correlation between the bacterium which causes this disease and joint inflammation caused by T-cells. Whiteside concludes that Lyme arthritis is a result of an overactive immune system. However, she states that the exact process of T-cell activation is not yet known and further research is required.

How to treat elbow arthritis: Causes, symptoms, exercises, and prevention