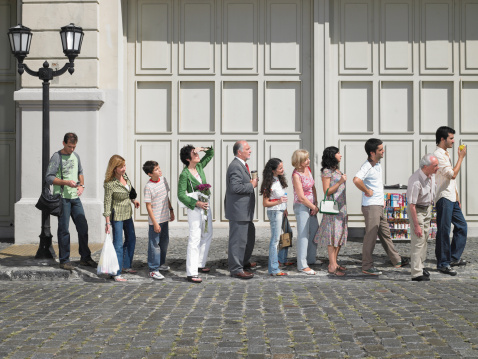 Standing and exercise are linked to lower odds of obesity, according to new findings published in the latest Mayo Clinic Proceedings. It is well known that sedentary behavior is linked with poor health outcomes, but it was not previously known if standing could negate these effects.

A research team explored standing habits in relation to objectively measured obesity and metabolic risk in over 7,000 adults. An association between standing and obesity were determined with three different measures: body mass index (BMI), body fat percentage, and waist circumference. The link between standing and metabolic risk was assessed through metabolic syndrome, which is a cluster of factors that increase the risk of heart disease, stroke and diabetes.

Among men, standing three quarters of the time was associated with 35 percent, 47 percent and 57 percent reductions in BMI, body fat percentage and waist circumference, respectively. On the other hand, no association was found between metabolic syndromes and standing for men or women.

Researchers further explored if exercise in conjunction with standing could further reduce the odds of obesity. What they found was those who met the physical activity guidelines of 150 minutes of moderate activity or 75 minutes of vigorous activity in conjunction with standing, reduced their odds of obesity in increments as well as lowered the risk of metabolic syndromes. For example, men who met the guidelines of physical activity and stood for the majority of the day saw a drop in abdominal obesity by 67 percent.

Although the research offers insight into the benefits of standing, researchers caution that the findings should be interpreted within the limitations. The study was a cross-sectional one, which merely captures information from a moment in time, so it is unclear if less standing contributes to higher obesity or if obese individuals stand less. More studies need to be conducted to further explore the protective benefits of standing.

Lastly, it has been shown that long periods of standing, too, have been associated with negative health effects, such as an increase in varicose veins. For these reasons, more research needs to be conducted.