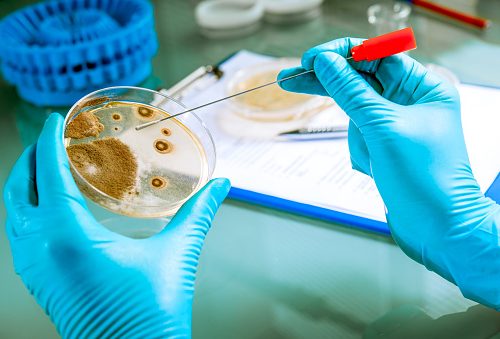 Similar to the norovirus, listeria outbreak continues in 2016, and the latest outbreak was caused by the chicken salad contaminated with bacteria. So far, the total count for those affected by listeria is 18, occurring across nine states and resulting in one death. Recalls have been made on the food products, and reports have suggested the same strain of listeria that was found in the United States has reached Canada as well.

The outbreak came from a Dole processing facility in Springfield, Ohio, which distributed packaged salad. The initial investigation began in September 2015, but it wasn’t until January 2016 when the listeria was found to be associated with the Dole salad. In January, Dole voluntarily recalled their product. Consumers and restaurants are urged to discard, return, and not consume the salad from the Ohio plant.

Additionally, Sally Sherman Farms have recalled their chicken salad due to a possible listeria contamination. The report states that nearly 3,004 pounds of various chicken products may be contaminated with listeria.

The date range for the product is from February 2 to 18, 2016. The following products have been recalled, so if you own any, either discard or return them for a refund.

In the facilities, testing found the listeria bacteria, which are potentially life-threatening, especially to older adults, young children, pregnant women, and those with weakened immune systems.

Like norovirus, listeria is a food-borne illness, but is much more life-threatening than norovirus. What makes listeria more harmful is that it still manages to thrive in the conditions in which many other bacteria cannot survive. For example, freezing does not stop it, neither does pasteurization.

Following these tips outlined by the Centers for Disease Control and Prevention (CDC) can greatly help to prevent listeria illness from occurring to you and your family:

By following these tips, you can better protect yourself from becoming ill as a result of listeria.