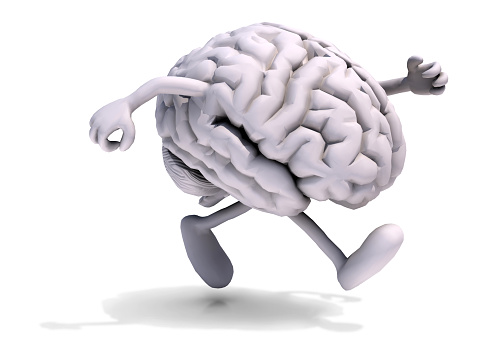 It’s been said time and again that maintaining a healthy diet and getting adequate amounts of exercise provides a bounty of physical and mental benefits, including benefits for the memory. However, there was no clear explanation as to how fitness improves this aspect of mental capacity. New research conducted by scientists at the University of Illinois may have found the reasoning behind this mechanism, and may have to do with the microstructure of the brain involved in memory processes—the hippocampus.

A group of researchers led by Aron Barbey, a professor of psychology, found that the viscoelasticity—a measure of structural integrity in brain tissue—was correlated with fitness and memory performance. This measurement of structural integrity was obtained using a technique involving a specialized MRI scan called magnetic resonance elastography of the hippocampus region in healthy young adults.

“Using a new tool to examine the integrity of the hippocampus in healthy young adults could tell us more about how this region functions and how to predict decline for early intervention. By the time we look at diseases states, it’s often too late,” said Barbey.
Previously, the size of the hippocampus was given the most attention when it came to performance related to memory processing, and the integrity of this region was deemed as a predictor of various neurodegenerative diseases. This fact is well founded as previous studies in developing children and older adults have uncovered strong correlations between the size of the hippocampus and memory performance. However, according to the researchers of this new study, this fact does not necessarily translate to healthy young adults, as hippocampal microstructure may be more important.

The study in question found that those who performed better on a fitness test also performed better on a memory task, and now with evidence backed by MRI scans of the hippocampus for each participant, the researchers are one step closer to finding a possible explanation for this link. The findings showed that those with higher fitness levels also had more elastic tissue in the hippocampus associated with memory.