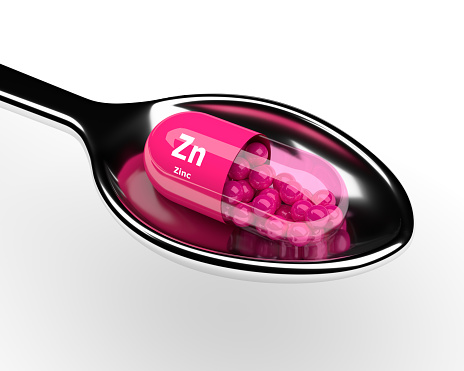 When most people think about zinc, they usually don’t know exactly what it is or that the body requires it for essential metabolic functions. However, according to a new study by the Technical University of Munich (TUM), the level of zinc in the body directly affects the cardiac muscle, so much so that shortage may result in oxidative stress on the heart, due to increased free radicals.

Zinc is an essential trace element found in humans with a daily recommended intake of 8mg per day for women and 11mg per day for men. Zinc is known to activate T cell, an important immune cell that is responsible for attacking foreign invaders, plays an important crucial role in learning and memory, and even plays a role in wound healing. Zinc deficiency is primarily due to an insufficient amount received in the diet and may be caused by malabsorption or chronic illnesses such as diabetes and liver disease. Typical signs of zinc deficiency include:

While zinc deficiency is considered rare, it has already been proven to promote obvious clinical symptoms associated with increased cellular stress. The researchers were limited to observing the heart due to its high metabolic activity, and the fact that short term and latent shortages of zinc occur much more frequently. Free radicals are known to cause oxidative stress, damaging tissue, and being a predisposing factor for heart diseases.
The study investigated two antioxidants: glutathione and vitamin E (α-Tocopherol) and the effect that zinc levels had on them using young piglets. These piglets were deprived of nutritional zinc to different extents for a few days, with the animal’s heart muscle being evaluated for any changes. The researchers noticed that the concentration of glutathione and vitamin E in the heart muscle declined alongside the bodies zinc status, affecting the heart’s ability to deal with oxidative stress at this early stage. It was also noted that genes responsible for programmed cell death (apoptosis) were upregulated during declining zinc levels.

“The body was no longer able to compensate for the resulting shortage of zinc, even though our tests only ran for a few days,” said lead author Daniel Brugger from the Chair of Animal Nutrition at TUM.

What’s interesting is that the heart began to compensate for its lack of zinc, but at the expense of other organs—the zinc content was taken from the liver, kidney, and the pancreas, being diverted to the heart instead.