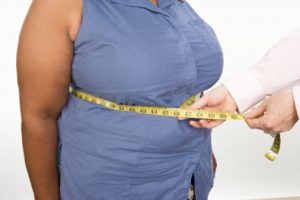 New research from Queen Mary University of London has found that a high-fat diet and obesity may lead to the activation of the immune system and increase your risk of developing heart disease.

While earlier studies have found that obesity can raise blood pressure and cholesterol—increasing a person’s risk of cardiovascular disease—these new findings show that obesity may also cause a harmful immune response that increases the risk of heart attack.

To conduct their study, researchers gathered blood samples from 1,172 participants who were either lean, overweight, or obese, and found that a specific kind of white blood cell, known as a T-cell, was more prevalent in the volunteers who were classified as obese.Fat distribution was also measured, and it was discovered that people who carried more fat around their middle and stomach had higher levels of these white blood cells than those who carried their fat around the thighs and rear.

While white blood cells are crucial to the body’s immune response that heals wounds and protects the body from infection, they also cause inflammation that has been shown to worsen cardiovascular conditions. Excessive white blood cells in the blood can cause complications like atherosclerosis—the accumulation of fatty plaques in the arteries that can cause a heart attack or stroke.

The level of T-cells was also measured in mice who had been fed a predominantly fatty diet, and it was found that their levels were also elevated. This allowed researchers to conclude that consuming a high-fat diet can lead to obesity and cause inflammation, increasing the risk of heart disease.
Professor Federica Marelli-Berg of the university’s William Harvey Research Institute commented, “With this research, we’ve found a direct link between the food we eat, our weight and dangerous inflammation which can cause heart disease. Drugs which target the molecule responsible for this inflammation are already being tested in clinical trials aimed at treating cancer. As such, it might be possible to re-purpose these drugs for the treatment of heart disease.”

This study has given researchers a better understating of the bodily mechanisms that cause inflammation within obese people that puts them at a higher risk of developing heart disease or suffering a cardiac event. With further testing, scientists hope to develop treatments that target this inflammation to reduce these risks.