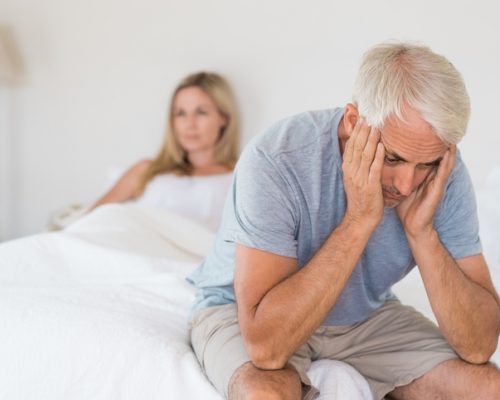 Light therapy is commonly used to treat depression, but new findings suggest it may also improve male libido. The Italian researchers said they found that after two weeks of daily light therapy exposure men experienced an increase in their testosterone levels by 50 percent, and sexual satisfaction levels nearly tripled.

Study author Dr. Andrea Fagiolini said, “We were not surprised to observe our results.”

Dr. Fagiolini explained that males who live in the northern hemisphere typically see their testosterone levels fall between November and April. Testosterone begins to climb up once again during the summer.

Although the findings from the study appear promising, Dr. Fagiolini does suggest that additional research is required before light-box therapy becomes a widespread treatment for low libido. On the other hand, he did offer some explanation as to why it may be effective.
For starters, light therapy may provide an inhibitory effect on the activity of key testosterone-depressing glands in the brain. Light therapy has also been shown to boost levels in the pituitary gland’s luteinizing hormone, which is known to boost testosterone.

Plus, many men and women with low libido tend to suffer from depression as well. As light therapy has already been found to be beneficial in treating depression, the boost in libido may actually be linked to improved mental state.

Dr. Fagiolini and his colleagues reported their findings this week at a meeting of the European College of Neuropsychopharmacology.

Low libido? It could be this…