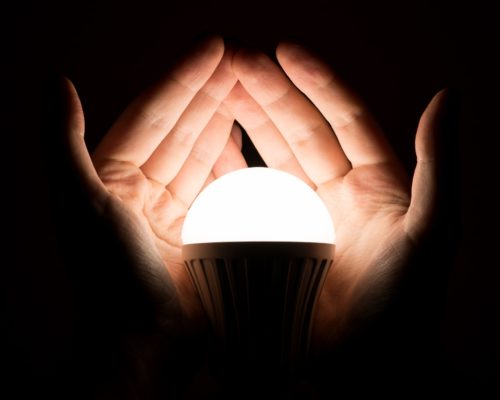 Incontinence refers to bladder control problems such as leaks or urgency. It is estimated that 8.7 percent of the global population suffers from incontinence, but this number may not actually represent the growing problem. Many patients don’t speak to their doctors about bladder leaks as they are embarrassed or don’t believe there is anything that can help them.

First and foremost, there are a wide variety of treatments available for incontinence, and there may now be one more to add to that list.

The device consists of a small metal ring, green LED lights, and a control center. It also contains a battery that can be charged wirelessly.

The device can detect changes that occur in the bladder along with identifying cases of frequent urination. The cells in the rat’s bladders were genetically modified to become sensitive to light. When bladder changes are detected, the LED lights turn on and signal the modified cells to prevent urination signals from reaching the brain.

This is a breakthrough treatment which could offer a safer, less painful treatment method for incontinence. Current treatments include a vaginal mesh which can leave some patients in pain or increase the risk of infection. Other electric stimuli treatments target the signals from the bladder to the brain, but in some instances, they can affect other areas of the body as well.

Researcher Robert Gereau concluded, “Bladder function is quite similar between rat and human… But before the device can be developed for possible human use, some modifications will be required. Because the human bladder is thicker, red lights which penetrate further into tissue may be needed instead.”