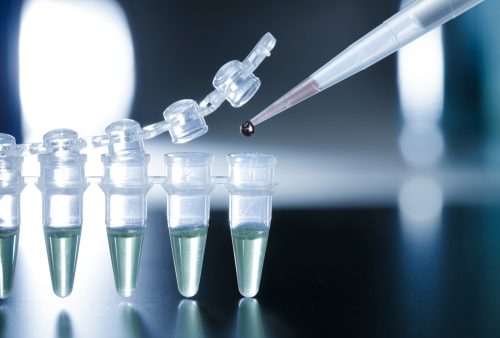 A pioneering series of studies by two researchers at the Texas A&M Health Science Center Institute of Biosciences and Technology might shed ample light on the reason behind the genetic mutation that causes cancer. It is a well-known fact that mutations to genes within a cell lead to extraordinary cell growth, and finding the reason for these mutations has been the raison-d’être for cancer research scientists for ages.

Texas A&M researchers Fen Wang, Ph.D., and Wallace McKeehan, Ph.D. believe the mutations that lead to cancer have to do with how stem cells interact with each other. Their theory, and the explanations thereof appear in the Journal of Biological Chemistry.

The two scientists analyzed a family of proteins that communicate between cells. These proteins are called fibroblast growth factor (FGF) and the scientists showed how any faulty discrepancies in the way FGF is transmitted and received by cells can stimulate previously inactive stem cells in an organ. Once the stem cells are stimulated/activated they can cause cancer.

Almost all the cells in the body express the FGF protein, but as there are 22 different types, researchers have struggled to figure out their role in cell communication.

In their studies, the duo traced the life cycle of multiple generations of cells to observe the normal pathways of FGF and what happens when a miscommunication occurs.

This research establishes the way FGF is normally communicated in cells.  This is a great step in the right direction; now that scientists know how FGF is communicated normally they can understand what ‘abnormal’ is. Thanks to their untiring efforts, Wang and McKeehan discovered the specific pathways FGF uses to activate stem cells or to keep them inactive. This discovery has major implications for future cancer therapies.

According to Wang, director of the Texas A&M Center for Cancer and Stem Cell Biology, FGF is truly the uncut diamond of cancer research. For many years now, big pharma has overlooked it because of its complex role in cells.  But now that we are starting to understand it, everyone is jumping on to the bandwagon and giving FGF its due recognition.

The results of the in-depth research by the two scientists supports a long held belief that cancer is a stem cell disease. Many research studies have shown that not all cancer cells are the same even within the same lesion. Very often malignant stem cells are found in a lesion, and some researchers believe these cancerous cells could play an important role in preventing cancer and cancer relapse.

While Wang and McKeehan’s research is specific to prostate stem cells and prostate cancer, it could have implications for cancers in other organs as well. The cancer therapies currently in use, such as chemotherapy and radiation, only target actively proliferating cancer cells. But the researcher duo believes that by controlling the active and inactive states of cancerous stem cells, cancer can be cured. These are still early days in their research but the two are optimistic.