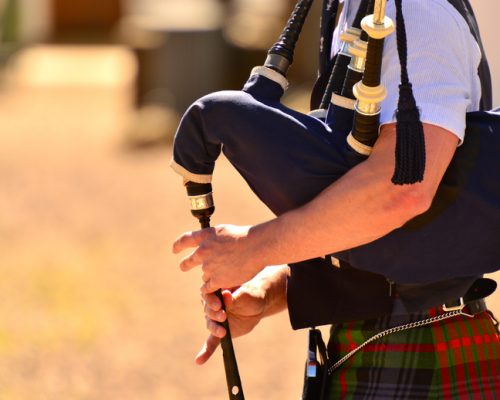 The researchers have concluded that the cause of death of a British bagpipe player is a lethal fungal infection found in wind instruments. According to the experts, the moist environment inside wind instruments is actually a perfect breeding ground for fungal and mold growth. When inhaled regularly, it can lead to chronic lung condition known as hypersensitivity pneumonitis.

In 2014, a 61-year-old man was admitted into hospital as he was having problems walking and breathing. He was already diagnosed with hypersensitivity pneumonitis in 2009. None of the common causes of this inflammatory lung condition – contact with pigeons, smoking, mold exposure – applied in this case. But this man’s hobby was the bagpipe, which he played daily.

The samples taken from several different spots inside the bagpipe revealed a few different types of fungi.
Despite the treatment, the man did succumb to the illness. The autopsy showed his lungs were significantly damaged.

Other cases of hypersensitivity pneumonitis have been reported in saxophone and trombone players, but this was the first case linked to bagpipes.

The researchers suggest playing any wind instrument can increase a person’s risk of developing hypersensitivity pneumonitis. That is why cleaning the instrument immediately after use and letting it drip dry is imperative in order to reduce the risk of infection.

Pneumonia vs. pneumonitis, differences in symptoms, causes, and treatment