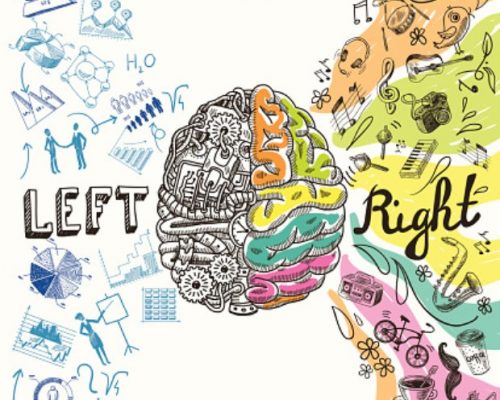 The hand you use may be indicative of your level of intelligence if a new study into the matter is to be believed. For centuries, the use of the right hand has dominated the use of the left hand. Many handheld items prioritize righties over lefties. This has slowly changed but is still somewhat prevalent.

The link between talent and left-handedness has a basis in history. Famous people throughout the ages have been left handed: Leonardo da Vinci, Mozart, and even former President Barack Obama are left-handed. Perhaps being left-handed is a sign of genius?

This is the basis of the investigation. A group of researchers wanted to know if being left-handed provided any additional advantages.

Your dominant hand and your brain

On an anatomical level, left-handed individuals have a more developed right brain hemisphere, which specializes in processing spatial reasoning and the ability to rotate mental representations of objects. A structure called the corpus callosum—a bundle of nerve cells—appears to be larger in lefties, possibly suggesting they have enhanced connectivity between the two halves of the brain and therefore, superior information processing.

While none of these aspects have been proven to give left-handers an edge, many musicians, creative artists, architects, and chess players share this trait, giving some informal evidence to the theory.

To help find a more definitive answer to this question, a carefully devised study was created to achieve reliable results. The study consisted of a series of experiments and included more than 2,300 students both in primary and high school. Experiments primarily assessed mathematical skill at varying levels.

To determine the handedness of each participant, a questionnaire asked subjects which hand they preferred for writing, drawing, throwing, brushing, and other various activities. This was done to build a more reliable and powerful model.

The researchers found that left-handed male adolescents outperformed the rest of the participants in tasks involving difficult mathematical problem-solving questions. Simple arithmetic was seen to have no difference between left and right handers.

Interestingly, those who were identified as “extreme” right-handers—those who used their right hand for everything—underperformed in all the experiments compared to moderate right handers and left handers.

While being left handed does not necessarily mean you have superior intelligence, it does indicate an increased connectivity of the brain hemispheres to some extent.