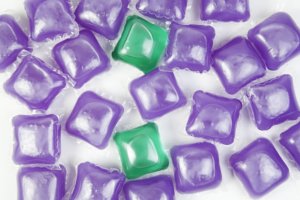 Consumer Reports is removing liquid laundry pods from its list of recommended detergents.

This decision comes in the wake of reports that more and more children are being harmed by the liquid laundry packets. In a report published on their website, Consumer Reports noted that despite warnings on the packages and even changes in design, the risk to children has not been reduced.

According to the American Association of Poison Control Centers (AAPCC), during the first five months of 2015, centers across the U.S. received 6,046 calls about children five and under ingesting or inhaling the pods. In 2014, there were 11,714 calls.

In typical cases, squirts of concentrated detergent either get into their eyes or go down their throats when kids bite or poke through the attractive-looking pods. The thin, dissolvable packet membranes help the detergent easily get out of the pods.

Consumer Reports said they called on manufacturers to make pods safer as early as 2012. Despite education campaigns and changes in packaging, children continue to put the pods in their mouths.

A U.S. bill called the Detergent PACS (Poisoning and Child Safety) Act of 2015 was recently introduced by Congress. The bill would require the Consumer Product Safety Committee to set standards for the pods.

P&G has announced the company will make the packets taste bitter, to dissuade children from putting them in their mouths. The company also plans to make the packages harder to open. A P&G spokesperson told Consumer Reports they expect this, and the already implemented precautions, will continue to reduce incidents of exposure for their brand.

“We are seeing signs that the rate of accidents relative to the number of P&G laundry pacs sold is declining from when they were first were introduced to the marketplace,” Anitra Marsh told Consumer Reports.

The organization said it’s not enough. The AAPCC said children who come into contact with the pods might experience coughing and vomiting. In severe cases, children have been reported to have seizures and breathing problems. Some cases resulted in death.

For now, Consumer Reports warns that these pods should never be used in houses where young children live or visit.

Consumer Reports publishes influential ratings on everything from cars to cosmetics.