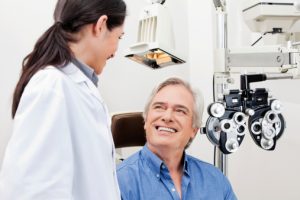 The researchers suggest that the findings could help improve and understand the biology of AMD, which could lead to better treatments for the disease.

The FDA currently does not have approved treatments for a common type of AMD, known as geographic atrophy, or dry AMD. There are, however, approved treatments for neovascular AMD, or wet AMD, but these are not cures and are not successful in all patients.
Prior to the latest study, researchers were aware of 21 regions of the genome that contain sequences of DNA where variations are responsible for AMD. The new findings brought the number to 34.

To achieve their results, researchers analyzed DNA from roughly 23,000 people with AMD and 20,000 without. Results were compared with DNA from the 1,000 Genomes project, which brought over 12 million genetic variants.

Professor Haines added, “The next step is to investigate what the variants are doing to the genes and how they affect gene function. Do they turn them on or off? Do they interact with other genes spurring a series of events along a pathway that leads to AMD?”

On top of finding already established variants, researchers also found new variants, in particular a certain gene variant responsible for wet AMD, which could explain why some individuals do not yield results from treatment.

Although the research came from a large number of people, researchers believe they have still not found all gene variants related to AMD. What they have uncovered is a good start to begin moving forward in possible treatment for AMD.