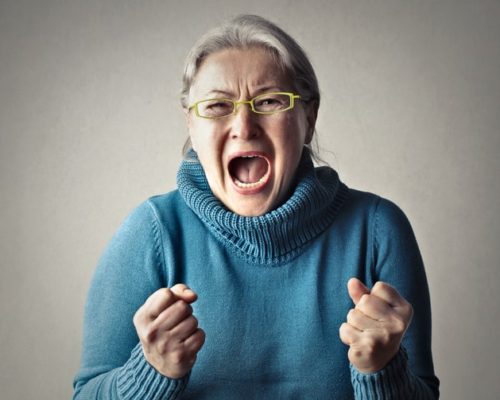 Ever notice that after a night of poor sleep, you’re more irritable – it seems like everything becomes so much more frustrating. Research findings suggest that missing out on a few hours of sleep is enough to turn you into an angry person the next day. Furthermore, your ability to deal with frustrating situations is worse than a person who slept well.

Study author Zlatan Krizan explained, “Sleep-restricted individuals actually showed a trend toward increased anger and distress, essentially reversing their ability to adapt to frustrating conditions over time. No one has shown this before.”

The study involved 142 participants who were split into two groups. One group maintained their regular sleep schedule, while the other group cut their sleep by two to four hours each night over the course of two nights. Those in the first group averaged seven to eight hours of sleep and the second group averaged four hours of sleep.

After the two nights, the participants went to a lab to perform product reviews while listening to one of two types of noise. The first noise, brown noise, mimicked that of a shower or the spraying of water. The second noise was white noise which is similar to static.

The researchers found that the sleep-deprived group was angrier regardless of the noise.

During the study, the researchers manipulated the sounds to make them more irritating, causing the sleep-deprived group to become angrier.

Getting Adequate Sleep is Key to Managing Emotions

Sleep is very much linked to our emotions, and lack of sleep is tied with greater anxiety, restlessness, and sadness. Lack of sleep is also related to a higher likelihood of choosing junk foods, which is caused by the body’s ability to respond to insulin becoming diminished due to lack of sleep. This contributes to weight gain.

Additionally, a lack of sleep triggers a more significant release of cortisol – the stress hormone – which contributes to mental decline and high blood pressure.

If you feel yourself about to lash out as a result of poor sleep, you need to recognize this and hold yourself back. Try to avoid confrontation if you know you didn’t sleep well the night before. You can try to boost your alertness with coffee, which may help you cope with situations slightly better.

Try to take a nap, if possible, to recoup some of the sleep. Avoid frustrating tasks and conversations. And if all else fails, give people ample warning that you didn’t sleep and to steer clear of you.