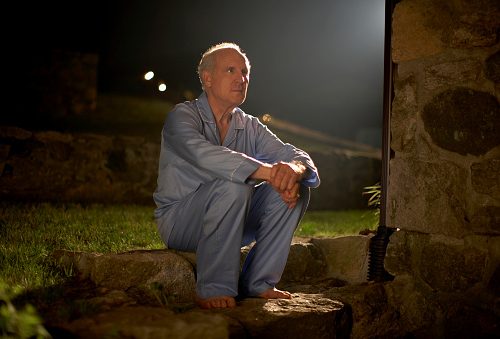 Researchers may have found yet another reason that getting the necessary shut-eye is so important, especially for men. According to a new preliminary study, sleep deprivation may be linked to fatal prostate cancer.

A study analyzed long-term data from more than 823,000 men in the United States and found that men younger than 65 years of age who slept just three to five hours a night were 55 percent more likely to develop fatal prostate cancer than those who got the recommended seven hours of sleep nightly. Six hours of sleep a night was linked to a 29 percent higher risk of prostate cancer death compared to the recommended seven hours.

“If confirmed in other studies, these findings would contribute to evidence suggesting the importance of obtaining adequate sleep for better health,” said lead study author Susan Gapstur, vice president of epidemiology at the American Cancer Society.

Prostate cancer is the formation of cancer cells in a gland of the male reproductive system. Cancers of this part of the body typically grow slowly and more commonly affect men in their 50s and older. The cancer has the potential to spread from the prostate to other parts of the body, such as the bones and lymph nodes. Common symptoms include difficulty urinating, blood in the urine, or pain in the pelvis, back, or during urination.

While this is definitely an interesting discovery, Gapstur admits that more research needs to be done to better understand the biological mechanisms in play. Although this initial finding is intriguing, it is not substantial enough to cause sleep deprived males any concern.

However, these findings clearly demonstrate some link to a number of sleep males get nightly and how the body’s circadian rhythm might play a role in prostate cancer development.

Gapstur hypothesizes that a lack of sleep may be inhibiting the production of melatonin by the body—a hormone that affects sleep cycles in humans. It is thought that low melatonin production can lead to an increase in genetic mutations, greater oxidative damage, reduced DNA repair, and a weakened immune system. This reduced level of melatonin may also contribute to the disruption of genes involved in tumor suppression.
Interestingly, Gapstur and her colleagues are not sure why the link between reduced hours of sleep and a higher death risk from prostate cancer wasn’t seen in men 65 and older but suggested that perhaps the natural decline of nocturnal melatonin levels with age might possibly reduce the relative impact of lack of sleep.

The National Sleep Foundation recommends adults get at least seven hours of sleep every night. It is important to keep in mind that these finding should be considered preliminary until published in a peer-reviewed medical journal. So, in the meantime, there is no cause to be alarmed.

How sleeping on the floor can be healthy