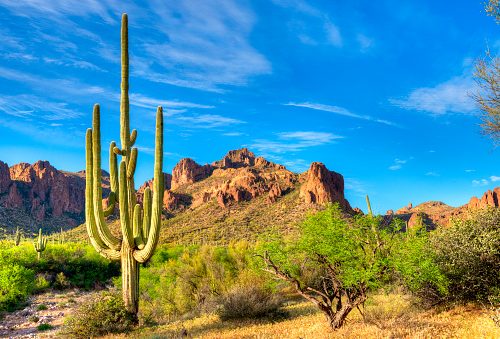 Patients who may think they have the flu this summer could actually have valley fever, so it’s important to recognize the difference between the two illnesses. Valley fever is suspected in patients with pneumonia and flu-like symptoms who have visited the west or southwest U.S. or live somewhere nearby.

Annually, there are 150,000 cases of valley fever leading to 160 deaths. The unfortunate part is, valley fever is often overlooked.

Lead study author Dr. John Galgiani said, “Valley fever is underdiagnosed, in part because past guidelines were directed to the specialists, whereas most of these patients initially see their primary care physicians, many of whom aren’t aware just how common this infection is.”
The fungi responsible for valley fever are coccidioidomycosis and live in desert soil. When the wind blows the soil around, the fungi become airborne, which means they can get inhaled into the lungs. The fungi can be found in regions of Texas, Mexico, Arizona, and California, along with Washington, as well as Central and South America.

Galgiani added, “It’s an equal opportunity bug, and everyone who is exposed has the same chance of getting infected.”

Although majority of people don’t require treatment, “in many patients it’s more debilitating than mononucleosis. These patients feel horrible, they can’t get out of bed or go to work, and often they are sick for weeks or months. Many worry they have cancer or another disease, so getting correctly diagnosed puts a name to the illness and dispels that fear,” explained Galgiani.

Updated guidelines for valley fever have been published in Clinical Infectious Disease.