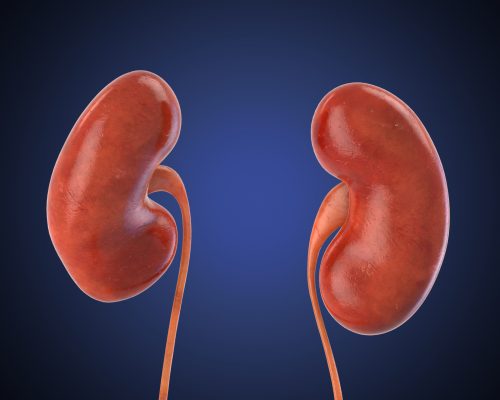 Kidney stones rise significantly among U.S. women, increasing the risk of kidney failure, according to a new study. Study lead Gregory E. Tasian said, “The emergence of kidney stones in children is particularly worrisome, because there is limited evidence on how to best treat children for this condition. The fact that stones were once rare and are now increasingly common could contribute to the inappropriate use of diagnostic tests such as CT scans for children with kidney stones, since healthcare providers historically have not been accustomed to evaluating and treating children with kidney stones.”

“These trends of increased frequency of kidney stones among adolescents, particularly females, are also concerning when you consider that kidney stones are associated with a higher risk of chronic kidney disease, cardiovascular and bone disease, particularly among young women,” Tasian added.

The researchers analyzed medical record from 153,000 child and adult kidneys where they found the annual incidences of kidney stones increased 16 percent between 1997 and 2012. The greatest increases were seen among adolescents, women, and African Americans. In any given year, kidney stone incidences were higher among females than males.

Possible factors for kidney stones that the authors highlighted were poor water intake and dietary habits, such as an increase in sodium and a decrease in calcium intake, but dietary differences were not fully explored. Dehydration is also related to poor water quality and hotter temperatures.

Researcher Todd Alexander said, “I think what these results tell me is that we should be screening those with a history of kidney stones for risk factors for the development of kidney disease. I am not surprised by these findings, because when you are passing a stone through a kidney, there is definitely the potential for permanent damage.”

The researchers suggest that half of those who develop kidney stones will go on to develop reoccurring kidney stones. Marcello Tonelli, co-researcher, added, “It’s important to note that the vast majority of people with kidney stones won’t develop permanent kidney damage. But a few will, and that’s why it’s important for people with stones to get proper follow-up care — to reduce their risk of another stone, and to detect kidney damage if it has occurred.”

To decrease the risk of kidney stones people should lower their sodium intake, stay well hydrated, and if required take certain medications.

Even previous studies have found an increase in kidney stone cases among women. Lead author of the study Khurshid R. Ghani said, “While the number of patients visiting the emergency department had increased over that time period, it was women who had the greatest increase in visits.”

“Women are becoming more and more obese. Obesity is a major risk factor for developing a kidney stone. And one fascinating thing about women versus men is obese women are more likely to develop a stone than an obese man,” added Dr. Ghani.

The researchers reviewed data from Nationwide Emergency Department Sample (NEDS) where researchers found an increase of kidney stone cases from 289 per 10,000 to 306 per 10,000.

Dr. Ghani concluded, “I think in the last 10 years, the way urologists manage kidney stone patients in the ER has changed dramatically. Today, the emergency room physician and urologist have access to better diagnostic tools that allow for a more precise diagnosis. We use a CT scan, which is a quick test that allows for an immediate diagnosis and is available in every emergency department. Better diagnosis may be contributing to our findings that patients are not being admitted to the hospital as frequently as they had in the past. Also, medication can help with the spontaneous passage of these stones. As a result, some of these patients may be safely managed through the outpatient system with follow-up visits.”

Kidney stone risk may be reduced by DASH diet plan

Kidney stone risk may be reduced with a DASH diet plan. The DASH diet is commonly recommended to individuals looking to lower their blood pressure through dietary intervention. The DASH stands for Dietary Approaches to Stop Hypertension. Well, a study now suggests that the DASH diet may be more effective than a low-oxalate diet for reducing the risk of kidney stones. Continue reading…

Studies have uncovered a link between type 2 diabetes and the risk of kidney stones. Type 2 diabetics have been found to have highly acidic urine, which puts them at a greater risk of uric-acid kidney stones. The study was carried out by researchers at UT Southwestern Medical Center. Continue reading…