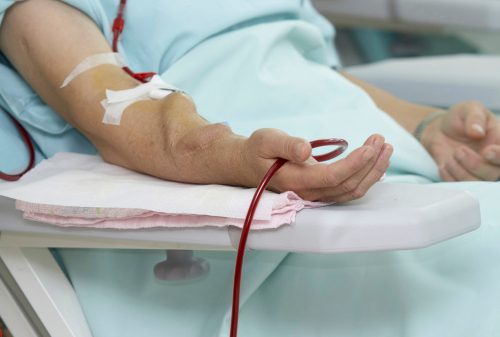 The researchers studied three groups of middle-aged rats without ovaries. One group was given estrogen for the short term, the second received longer estrogen treatment, and the third (control group) didn’t receive estrogen.

The researchers found that after hormone therapy, those mice that had a long-term treatment had greater damage to the tubes that collect urine, compared to the other two groups. The rate at which the kidneys filtered blood decreased, while the levels of creatinine and protein in the urine increased.

The researchers explained, “[The] findings suggest that the duration of hormone therapy may be an important factor for renal health in aging postmenopausal women.”

Why the course of treatment for men and women with kidney disease varies is not well understood, but some researchers speculate it may have to be due to biological differences, disease progression differences, and that women may be offered dialysis less often than men.

Women are often more proactive when it comes to seeking care for their health, while men won’t often be diagnosed with kidney disease until the later stages.

To better understand such differences, further investigation is required.

Bone health in postmenopausal women can be improved with menopausal hormone therapy: Study