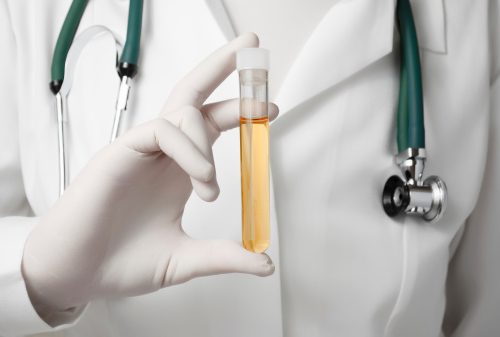 A new test is able to detect drug abuse faster by being able to detect low levels of drugs – like ketamine – in urine and plasma. Not only is this new test easier, but it’s far more cost effective as well.

“New psychoactive substances” are a new class of drugs that party-goers are using. Unfortunately, they are difficult for authorities to detect and keep up with trafficking. There are currently no standard screening methods for this class of drugs.

Ketamine, normally an animal tranquilizer, is growing in popularity as one of the new drugs people are using. Ketamine acts as a sedative and can also cause hallucinations, offer pain relief, and lead to memory loss. Ketamine symptoms can mirror those of alcohol poisoning, so when a patient enters a hospital for ketamine intoxication, it can be mistaken for or treated as alcohol poisoning, thus the person receives the wrong treatment.

For the first time, a simple test can detect even low levels of ketamine in urine as well as plasma, and it was developed in a collaboration between Universidade da Beira Interior and Instituto Nacional de Medicina Legal e Ciências Forenses in Portugal, and Universidad de Santiago de Compostela in Spain.

Lead author, Dr. Eugenia Gallardo, said, “These drugs are difficult to analyze – we see a lot of versatility in the molecules and new drugs are appearing almost every month; traffickers are always one step ahead of the authorities. Analytical methods for detecting drugs in biological samples play a decisive role, and their reliability is a matter of great significance in forensic and clinical toxicology.”

The drug test uses what is called gas chromatography-tandem mass spectrometry (GC-MS/MS), which has already been used in fire detection, drug detection and environmental analysis. The method can help detect levels of ketamine as low as five nanograms per millimeter. Furthermore, the whole test takes 30 minutes from start to finish, so results can be found quickly.

Dr. Gallardo concluded, “These low limits of detection and the quite high amounts of the compounds extracted from very small samples make this procedure suitable for laboratories performing routine analysis in the field of forensic toxicology. Compared with existing methods, our new procedure is faster and more cost effective.”