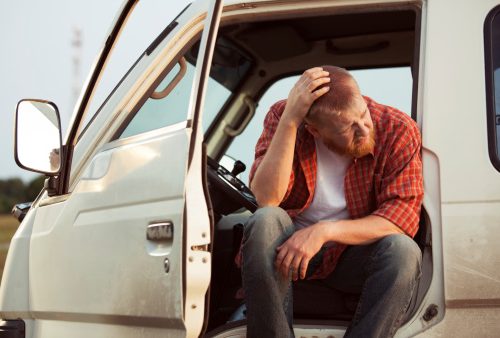 The type of job you perform can take a toll on your overall health and mental state – and even increase your risk of suicide. The rates of suicide rose between 2000 and 2012 up 21 percent. Occupations that saw the highest jumps in suicide rates were farmers and foresters – 85 suicides per 100,000 people.

Other occupations with elevated suicidal risks included construction and extraction, installation, and maintenance and repair. For women, higher suicide rates were seen in protective services, like firefighting and policing.
The soaring suicide rate in the listed jobs can be possibly explained by certain factors specific to a particular occupation. For example, lack of steady work for those employed in construction, exposure to solvents that could cause neurological damage in maintenance and repair workers, as well as high stress, shift work, and traumatic situations experienced on a regular basis in those involved in the protective services.

McIntosh added, “To reduce these suicide rates, employers need to focus on suicide prevention at the workplace, including employee-assistance programs and training to spot signs of suicide.”

The researchers suggest that companies need to implement supportive policies to combat overwhelming feelings of isolation and helplessness. Employees should also be on the lookout for changes in behavior of their fellow coworkers and be able to spot the early warning signs of suicide.

Unfortunately, it’s not always possible in some industries – like forestry or fishing.

Occupations with the lowest suicide rates include personal care and service, office and administrative support, as well as education, training, and library services. Each of these categories had eight or fewer suicides per 100,000 people.

The findings were uncovered through review of data from 17 states based on the 2012 National Violent Death Reporting System.

The report was published on July 1 in the CDC’s Morbidity and Mortality Weekly Report.