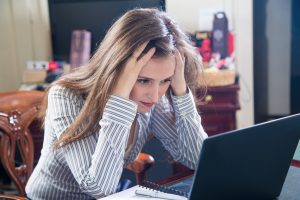 If you are unsatisfied with your job in your 20s and 30s, you’re at a higher risk for poor health in your mid-life and later life. On the other hand, performing rewarding work can benefit your health later on.

Study lead author Jonathan Dirlam said, “Those who are, on average, very satisfied versus satisfied tend to have better health in their 40s.”

By the time they hit their 40s, those who had dissatisfying work in their young adulthood had worse mental health and were more likely to suffer from routine sleep troubles and anxiety, compared to those who enjoyed their jobs.

Seth Kaplan, an associate professor in industrial/organizational psychology at George Mason University, added, “We know that there are some major job-related factors that contribute to poor psychological health. Having an abusive supervisor, not having control over one’s work, and having to worry about losing one’s job — and the corresponding financial repercussions — are among the big ones. If at all possible, try to avoid jobs with those characteristics.”
The study analyzed survey responses from over 6,400 men and women part of a long-running study that was launched in 1979. Participants were 25 to 39 years of age when the study began. Their answers were compared with their mental and physical health outcomes years later, when they entered their 40s.

The researchers found that physical health appeared to suffer among those who were consistently dissatisfied with their jobs or whose job satisfaction decreased over time. These individuals reported more back pain and cold incidences, but were not found to be at a higher risk for diabetes or cancer.

Dissatisfied workers were also more likely to suffer from mental health issues, which could trigger more physical health problems later on in life as well.

Kaplan suggests that we embrace the notion “that we can, to some extent, objectively and subjectively change our jobs to make them more meaningful.”