Home » Health News » Is Treatment for These Common Infections Boosting Your Risk for Severe Illness? 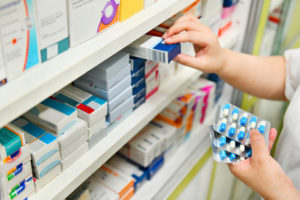 Doctors tend to prescribe antibiotics when patients come in with one of these common illnesses. But that treatment could lay the foundation for severe illness in the near future.

A new study has noted that patients who received multiple antibiotic treatments for common infections are significantly more likely to be hospitalized with a severe illness within a few months.

The researchers analyzed data from 2 million patients in England and Wales that had received antibiotic prescriptions between 2000 and 2016. The prescriptions were used to treat common:

They found that individuals who had undergone nine or more antibiotic cycles over three years were more than twice as likely to be hospitalized with another infection in three or more months. Further, the risk was:

One of the reasons multiple cycles of antibiotics may boost the risk of future illness is that they kill off healthful bacteria. This can boost the likelihood of infection.

Antibiotics do not target specific pathogens, acting more like a carpet bomb on your microbiota. The more you take them, the more healthful bacteria you’re likely to kill.

Aside from doctors using different treatment methods, some things you might be able to do to reduce the risk of these common infections include:

Building a strong immune system can help prevent infection and aid recovery following antibiotic treatments. Keep an eye on what you eat, and how you are treated, to reduce the risk of a serious infection.