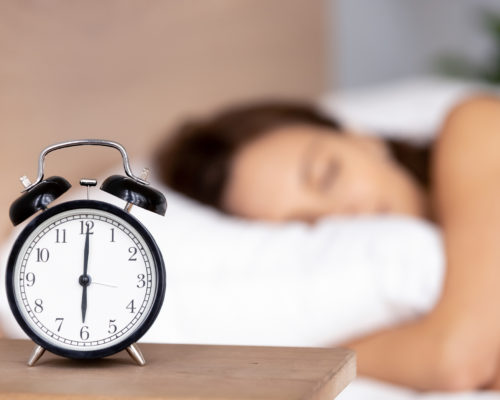 Do you stick to a consistent sleep schedule during the week then let it go on the weekend? If you do, you might want to keep reading.

You hear a lot about sleep hygiene and the importance of setting a regular sleep schedule. But how important is it? A new study is showing it can be extremely important.

Especially for your heart health.

The study showed that irregular sleeping patterns can double the risk of heart disease. Disrupting the body’s circadian rhythm is associated with several potential abnormalities, including blood-sugar metabolism and inflammation.

Researchers followed nearly 2,000 men and women between the ages of 45 and 84 who didn’t have cardiovascular disease at the beginning of the study. Each wore a sleep-tracking device for seven consecutive days, including weekends, to monitor sleep patterns.

A lot of people use the weekends to treat themselves. Going to bed later, having an extra drink, or eating food that they normally wouldn’t touch during the week is a common way to unwind. It might even be a reward for a long week.

But this behavior can have consequences if it’s repeated weekly. When are you supposed to make up that lost sleep? When is your metabolism going to recover from the shake-up?

The occasional late night or sleep-in likely won’t hurt. But pick your spots. Try to keep to a consistent sleep schedule that sees you getting about the same eight-hours per night during the same period. It could help protect you from the “silent killer” later in life.

I feel that the best way to get good, consistent sleep is through activity. After taking a few months off from consistent exercise, I’ve noticed my sleep has improved drastically since re-introducing it. Getting roughly 45–60 minutes per day seems effective.

Another motivator is to think about the consequences. Is staying up for that extra hour of television worth it? Is waking up when your alarm rings that difficult? It surely can’t exceed the inconvenience of cardiovascular disease.

Regular, high-quality sleep is repeatedly shown to be inseparable from heart health. Stick to a sleep schedule and reduce your risk of heart disease.