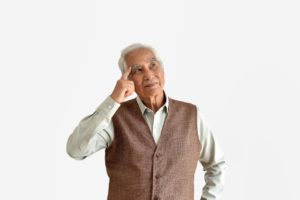 Things start happening when you get old, right? Maybe there’s a little weight gain, some grey hair, or the occasional “senior moment” memory lapse. But does that mean you’re destined for dementia?

But I understand if you believe that dementia comes with age. A new study indicates that two-thirds of people believe dementia is a normal part of aging. Unfortunately, this attitude might be exactly why Alzheimer’s and dementia rates are growing in the United States and around the world.

Dementia and Alzheimer’s, however, is not predetermined. Once you hit a certain age, it doesn’t mean it’s going to happen. Even if you forget where you put your keys or can’t recall a memory, it doesn’t mean you’re on a downward slope. There is plenty of research to suggest that dementia and Alzheimer’s risk can be slashed with lifestyle measures and medical treatment.

Because so many people believe in the inevitability of the condition, however, they avoid prevention methods. The researchers who conducted the study concluded that only 16-percent of people go in for cognitive assessments, which could help identify and treat cognitive troubles.

Diet and lifestyle can also factor-in for dementia risk. Research has repeatedly shown that maintaining a healthy weight and leading an active lifestyle—walking as little as 30-minutes at a moderate pace per day—can limit mild cognitive impairment, a precursor to dementia. A heart-healthy diet high in fruits, vegetables, healthy fats, and whole grains can also support brain health. There are strong links between heart-healthy, anti-inflammatory eating styles like the DASH and Mediterranean diets and lower-risk for cognitive impairment and dementia.

So really, it can come down to people’s attitudes. If they believe the condition is pre-ordained, they are surely less likely to do anything about it. But when it comes to dementia risk, there is some power in your hands. So, it’s wise to wield it until somebody develops a wonder drug.