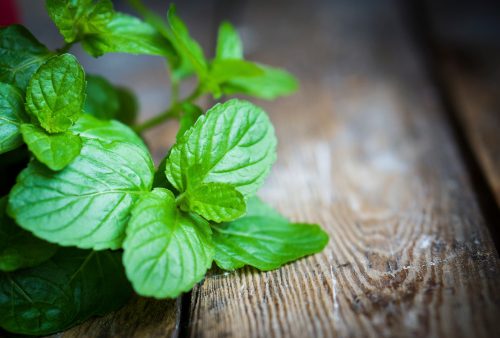 Recent studies suggest that one can get relief for the pain of irritable bowel syndrome (IBS) from the most unexpected quarters — spider venom and, hold your breath, peppermint. The full details of the research are published in the journal Nature.

IBS is a chronic gastrointestinal disorder symptomized by abdominal pain, diarrhea /constipation and bloating. The pain is often described as a mechanical pain, and women are twice as likely to experience Irritable Bowel Syndrome. IBS affects about 10-15 percent of Americans, and 20 percent of Australians. But it’s not limited to these countries alone.

There are case studies in Europe and Canada which show how people experienced IBS symptoms that persisted for at least eight years, after they food poisoning resulting from contaminated water supplies.

Many people find their symptoms appear after consuming fatty and spicy foods, coffee and alcohol, but there is more to IBS than food stimulation. As the cases from Europe and Canada show, there appears to be a definite link between gastroenteritis and IBS.

As there are currently are no effective treatments for IBS, it drains the economy of millions of dollars each year in lost productivity, work absenteeism, and health care. But all that is about to change.

A team comprising scientists from from The University of Queensland (UQ) and the University of Adelaide, identified a specific protein involved in transmitting mechanical pain. They used spider venom to identify this pain, which mimics the pain experienced by patients with irritable bowel syndrome.

According to Professor Glenn King from the UQ Institute for Molecular Bioscience, “Spider venom is an effective tool for investigating pain signaling in the human body”. He further added that this spider-venom discovery was a vital step forward in developing treatments for IBS.

The modus operandi of the study is quite fascinating and required a bit of logical reasoning.

The scientists knew spiders make toxins to kill prey and defend themselves against predators.

They also were aware that the most effective way to defend yourself is to make your predator feel excruciating pain.

From this data, the scientists concluded that the venom of spiders is full of molecules that stimulate the pain-sensing nerves in our body.

Spurred by this knowledge, the scientists examined the response of nerves when exposed to spider toxins. Using this painstaking method, they were able to isolate new pain pathways.

The team was especially excited about one such pathway called NaV1.1. Their investigations revealed that NaV1.1 was present in pain-sensing nerves in the gut and is an important pathway in transmitting pathological levels of abdominal pain, such as that felt by IBS patients.

The team believes identifying the crucial role of NaV1.1in signaling chronic pain is the first step in developing novel treatments.

The team is already involved in the next step of the process — developing molecules that will block NaV1.1 and alleviate irritable bowel syndrome pain.

Peppermint, the delicious mouth freshener and toothpaste ingredient is now being upgraded to a whole new status. Its name is being whispered in awe amongst researchers and scientists in the hallways of mainstream medicine. And the reason for this newly earned respect is its proven effect on the various symptoms of IBS. And as with the case of spider venom, the kudos for this discovery too goes to the researchers from Down Under.

In a paper published in the international journal Pain, researchers from Adelaide University’s Nerve-Gut Research Laboratory explain how peppermint soothes inflammatory pain in the gastointestinal tract by activating an “anti-pain” channel in the colon.

According to Dr. Stuart Brierley, the research shows that with the help of specific anti-pain channel called TRPM8, peppermint reduces pain sensing fibers, especially those fibers that are activated by mustard and chilli. Dr. Stuart Brierley believes this could potentially be a breakthrough in determining a new type of mainstream clinical treatment for IBS.

Apart from gastroenteritis and food intolerance, IBS can be brought on by stress, food poisoning, genetic reasons, and even as a reaction to antibiotics. As the symptoms can be long lasting, the best approach is prevention, and failing that managing the symptoms of IBS with the help of healthy lifestyle changes that will put less pressure on your gut. A good mantra for IBS would be “Eat well. Sleep well. Live well”. Add to that, a little help from the spiders and the delicious peppermint, and IBS could very well go on to mean I Beat the Syndrome.